Here's Everything You Need to Know About Arizona Gun Laws 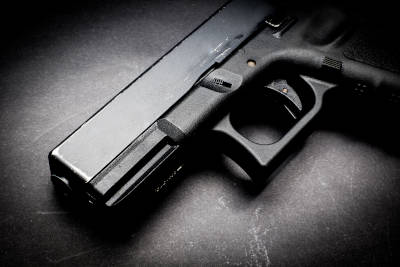 Arizona is a wide-open state with various types of land and 6,900,000 registered residents. Many of them enjoy using firearms for recreation and/or protection.

Despite this, only 2% of residents have a concealed weapons permit. Arizona gun laws are lax and don't require every gun owner to have one.

It's also legal to carry or drive with a firearm, whether open or concealed, in a wide variety of situations. This doesn't mean that you can take a gun everywhere, and knowing the regulations ahead of time helps you be prepared.

Read our guide to understand all the different categories of Arizona gun laws and how to legally obtain and carry a firearm in the state.

Knowing as much as possible about the regulations in a place you're visiting or moving to is the best way to avoid any legal issues. 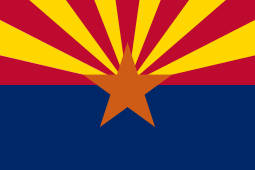 Arizona gun laws mandate when and where you can carry, travel with, and use a firearm. There are also different regulations for each type of firearm. There are even rules about what you have to do if you're stopped and questioned by a police officer.

When examining the gun carry laws in Arizona, remember that there are several different types of carrying you can do with a firearm. Three of the most common types are open, constitutional, and reciprocal.

Open carry means to carry your firearm out in the open where it's visible to the public. Arizona gun laws make this legal for anyone over the age of 18.

Constitutional carry refers to concealed weapons hidden by a case, clothing, or some other method. The Arizona concealed gun law makes it legal for anyone who is at least 21 years old.

Arizona gun laws follow a practice known as reciprocity. This means that authorities will recognize firearm permits from almost all other states as long as they're valid and the holder is at least 21 years old. If you carry a firearm under these conditions, it's known as a reciprocal carry.

Gun carry laws in Arizona are lenient. You can take a concealed firearm to a national park, rest area, and even locations that serve alcohol as long as you don't have a drink.

Despite the lax gun carry laws in Arizona, there are a few areas where you can't legally bring a gun. These include schools, military installations, game preserves, federal buildings, jails, and airports.

Native American reservations make up 25% of Arizona's landmass. Different gun laws are enforced in these locations than in the rest of the state.

Tribal lands fall under the safe transport provisions of the FOPA or Firearms Owners Protection Act. Drivers must store their guns unloaded and out of reach when traveling through. Otherwise, local security officers have the right to confiscate them.

Private property owners can post signs or give verbal instructions banning anyone from carrying or using firearms on their property. Failure to follow their regulations could lead to a trespassing charge.

Traveling With a Gun

Carrying a gun is not the same as driving in a car or other vehicle with it. That's why there are different laws that regulate traveling with a gun in Arizona.

Arizona gun laws make it legal to drive with a loaded or unloaded firearm. The only requirement is that it must always be in plain view.

Private property owners can ban you from using firearms on their property, but not if you're only passing by. You're legally allowed to drive with it as long as the car is locked and the firearm is in a locked compartment and not visible from the outside.

Arizona gun laws allow you to carry and travel with your firearm in almost any circumstance. They more closely regulate when, where, and how you can fire or discharge them.

Legal areas to discharge a firearm include firing ranges and anywhere that's at least a mile away from an occupied building.

It's also legal to discharge a gun in a national park, but only under certain conditions. You may not discharge anywhere that's 150 yards or closer to an occupied area, in a cave, or anywhere where the shot could cause injury or death. Certain areas have additional restrictions to check before visiting.

The 2nd amendment is one of the most well-known sections of the Constitution. It gives Americans the right to own and use firearms to protect themselves.

Castle Doctrine and SYG or Stand-Your-Ground laws serve a similar purpose. Arizona gun laws include both.

It's legal to use deadly force for self-defense to prevent death, serious bodily injury, rape, kidnapping, robbery, assault, and arson. You're not required to retreat first and can defend yourself anywhere you have a legal right to be.

Knowing the legal requirements for how to use deadly force to protect yourself helps you prepare should the need arise, but nothing can completely prepare you. Check here for tips on how to stay safe in any potentially dangerous situation.

Laws For Each Weapon Type

The National Firearms Act or NFA regulates a wide range of firearms, and Arizona gun laws allow citizens to own them all.

An AR-15 is considered a long gun, so residents must be at least 18 years old to purchase one. They must also present a valid ID and pass a background check. This short approval process usually only takes about 10 minutes.

Airsoft guns shoot powder, pellets, air, or other forms of non-lethal ammunition. They're not considered firearms but are still subject to regulations.

Federal law mandates that all BB guns sold in stores have an orange tip to distinguish them. The marker can be removed in some areas after a sale is made. You must be at least 18 years old to purchase one.

BB gun laws in Arizona are non-restrictive, but some areas do have regulations to keep in mind. For example, firing a BB gun within city limits is considered a Class 1 misdemeanor in Glendale.

Other personal protection items such as pepper spray and stun guns are also legal in Arizona. The only requirements are that the user is at least 18 and has a valid ID. 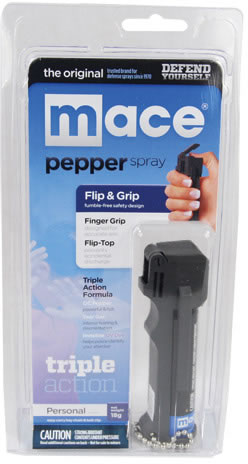 Police officers who are doing their job may pull you over while you have a firearm in the car. Avoid panicking by familiarizing yourself with what the law requires you to do.

Arizona gun laws don't require you to inform an officer of any firearms you're driving with unless they ask you about them. The only exception is if the firearm is in a visible case or a storage area such as the trunk or glove compartment.

How to Legally Obtain a Firearm Permit in Arizona

Once you're familiar with all the applicable Arizona gun laws, you may want to begin carrying a gun in the state. There are further regulations to keep in mind about how to do so legally.

Arizona gun laws regulate who can own a gun and how they can obtain a permit to do so.

Who Can Own a Gun?

The Arizona Department of Public Safety or DPS mandates that approved applicants for a concealed carry permit must be US citizens who are at least 21 years old and have no former convictions.

It's also legal to reciprocal carry a concealed weapon if you have a permit from another state. Concealed carry of a firearm is legal for anyone who's at least 21 years old, with or without a permit.

How Do I Get a Permit?

Arizona is a "shall issue" state, meaning that they'll give a concealed weapons permit to anyone who meets the requirements.

There are several ways to demonstrate competence and receive a permit. Completing any approved firearm, hunting, or National Rifle Association safety course will do the job. Proof of military service or police agency training also works.

Arizona's gun laws include reciprocity, meaning that if you have a valid permit from another state, you won't have to apply again.

A concealed weapons permit lasts for five years. When that period expires, you must renew it by passing another criminal background check.

Where to Get Personal Protection Products

Arizona gun laws are some of the most lenient in the country when it comes to carrying and permits.

As a shall-issue state, anyone who passes a simple application process can receive a concealed weapon permit. There aren't many regulations about where residents can carry a concealed firearm either. The two major exceptions are Native American reservations and private properties where the owner has instated a ban.

Firearms aren't the only effective, legal way to protect yourself. Other methods exist including stun guns and pepper spray.

We offer everything you need to keep yourself safe no matter where you travel. Check out which of our professional protection items are currently on sale and order today for the fastest shipping.