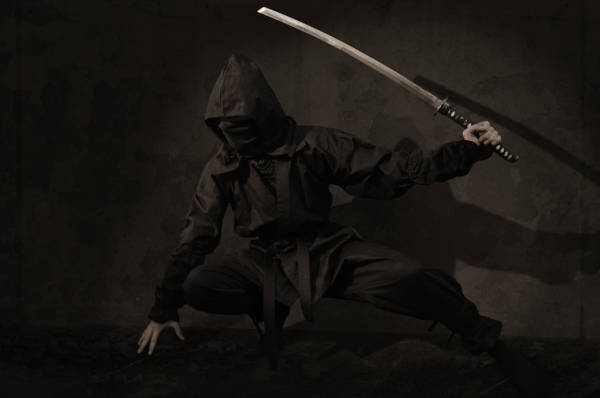 Scientists believe that as early as 500,000 years ago, humans were using thrown weapons like spears.

Thrown weapons were initially used as a technique for hunting. As tribes formed and began warring, thrown weapons became useful for combat.

In this article, we'll cover the best ninja throwing weapons available today. We'll look into their history, as well as the techniques ninjas use them for in combat.

Read on to learn everything you need to know about throwing ninja gear!

Ninjas first came about in the 15th century and have captivated storytellers since the 1700s. Authors and playwrights told stories of legendary warriors who could walk across water and become invisible.

Eventually, the stories became more believable with ninjas now depicted as stealthy assassins in black suits and masks. In reality, however, the portrayal of ninjas in movies and TV is mostly inaccurate.

What we now call ninjas were originally known as shinobi. They trained in a martial art called ninjutsu.

Ninjutsu uses a combination of the striking techniques of taijutsu and a kind of grappling that developed into modern jujutsu. However, combat was only one aspect of ninjas' purpose.

Ninjas were actually more like spies whose job was to collect intelligence. Instead of hiding in the shadows with the black suit, they often wore disguises to blend into crowds.

That isn't to say ninjas weren't deadly, however. They often had missions to infiltrate organizations and carry out assassinations.

While ninjas would sometimes fight in close combat, they had a variety of ranged weapons you're likely familiar with. These thrown weapons could incapacitate, distract, or even kill enemies in combat.

Today, the true secrets of the art only remain in practice by a few masters, but the tradition of throwing ninja weapons is still alive and well.

Ninja throwing knives, also called kunai, were originally used as a tool for farming and masonry. Popular depictions of the kunai include the Mortal Combat video game and the Naruto series.

The distinctive blade is somewhat leaf-shaped, usually with soft edges and a sharpened tip. The reason for the soft edges is that kunai were used to crush materials, shape masonry, and dig holes.

They generally weren't used to make cuts. In combat, kunai are usually used to pierce or stab instead of slash.

Most commonly, the end of the handle has a ring to which the user can attach a rope for several purposes. 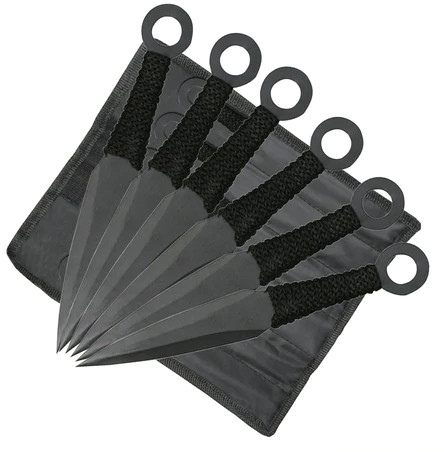 The rope can be used to wrap the handle for hand-to-hand combat or to attach it to a stick for an improvised spear. Ninjas could also use the rope to tie the knife to themselves for concealment or even as an anchor for climbing. In some cases, the ninja could retrieve a thrown kunai by pulling on the rope.

The types of kunai most often depicted in media are the sho (short) and dai (big) kunai. This is the knife with a four-sided blade that comes to a sharpened point and has a narrow handle.

This kunai is most often used for throwing, as it isn't a very useful defensive weapon. As opposed to the shuriken, however, they do have a handle allowing them to be used as a hand weapon.

Kunai range in size between roughly 20 and 30 centimeters, depending on the type. A kunai with a longer blade would be more useful for blocking attacks while a shorter one is best for throwing.

With the popularity of kunai knives in the past few decades, many variations have sprung up. Some modern kunai are flat with sharpened edges and points. 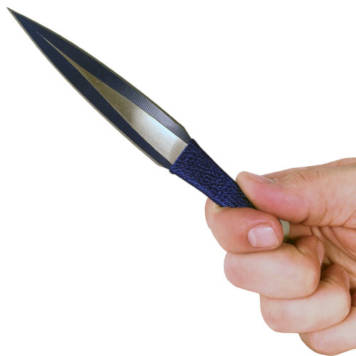 Additionally, the popularity of Naruto prompted the rise of a variation known as the "Minato kunai." This variation has a distinctive three-pronged shape, though there's no evidence of ninjas using it historically.

Another variation is kunai with barbed edges toward the handle. Barbed kunai are more for stylistic purposes than for any tactical reason, but they are an interesting twist.

Ninja throwing stars, or shuriken, are possibly one of the best-known pieces of ninja gear. Ironically, ninjas historically rarely used throwing stars; they were also used by samurai.

Throwing stars are discs with several sharp points meant to be thrown with a spinning motion.

Although the depiction of throwing stars in films makes them seem like deadly weapons, they rarely inflicted lethal wounds because of the size of their blades. They were more often used for distraction, disarming, or incapacitating an enemy.

There are accounts of throwing stars being poisoned in order to inflict a wound that would eventually kill the enemy.

Usually, feudal samurai would use some naturally occurring toxin to coat throwing stars. If they didn't have poison on hand, they would dip the points in fecal matter to give targets a then-incurable infection.

Sometimes, samurai would wrap throwing stars in fabric and light them on fire or even bury them in the ground so enemies would step on them.

There are several different types of throwing stars available, and they all have different uses in combat.

The most recognizable type of throwing star is probably the juji shuriken. This variety has four or more triangular points sticking out from the center.

The juji shuriken can have a hole in the center or be solid and is the most simple of the throwing star designs. Juji shuriken are meant to pierce the target deeply, causing more serious wounds.

The defining characteristic of the manji throwing star is its curved points. Though it won't penetrate as deeply as juji shuriken, the curved edge makes it much more difficult to remove. 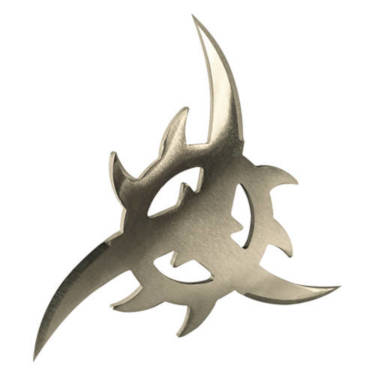 This weapon was a great way for samurai to weaken a target from a distance before making a lethal strike up close. While the enemy struggled to remove the shuriken, the samurai had time to move in for the kill.

Happo shuriken can have straight arrowhead-shaped points like a juji throwing star. However, they tend to have more points (most often eight) and can come in different shapes. 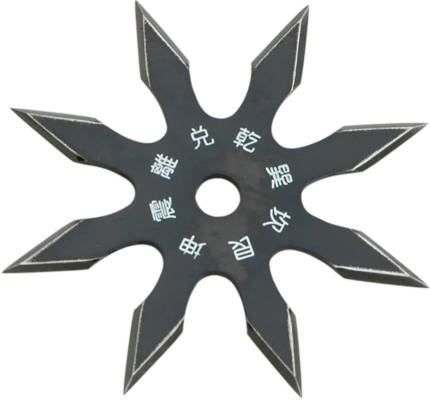 Typically, happo points are not curved like manji points. Since there are so many, it would be difficult for a curved point to stick where it lands.

Although people usually think of ninja throwing spikes as a separate weapon, they are technically a variety of shuriken called bo shuriken. Unlike throwing stars, however, throwing spikes are long pointed rods instead of discs.

Similar to a kunai, a throwing spike is usually thrown straight, although it can be thrown with a spinning motion. Most often, throwing spikes are intended to hit the target directly without spinning.

The first documented use of throwing spikes dates back to the 17th century, and little is known about their true origin. The technique for throwing spikes can be overhand, underhand, or even behind the thrower depending on the user's preference.

Throwing spikes are usually meant to pierce instead of slash and are more useful for throwing than hand-to-hand combat.

Bo shuriken are longer and thinner than kunai, but they are similarly dagger-like. The ends tend to be wider than the handle, and they are usually pointed at the end with rounded edges.

This type of throwing spike can be pointed at one end or both ends. 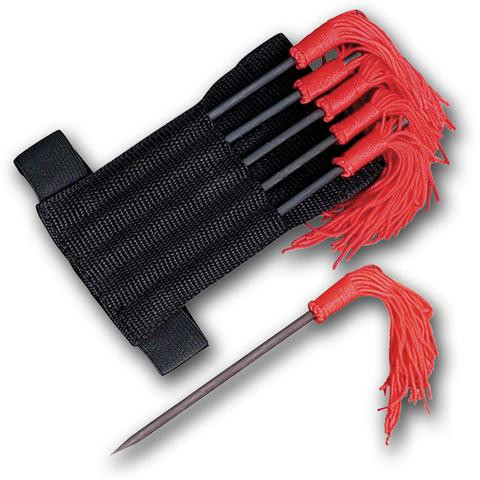 Usually the same width from end to end, harigata shuriken have a tassel on the end. They tend to be narrower than a bo shuriken and are easily concealed.

It's hard to imagine ninjas without thinking about ninja throwing weapons. Kunai, shuriken, and throwing spikes maintain popularity today due to their depictions in movies and video games.

Whatever ninja gear you're looking for, we've got you covered. TBOTECH Self Defense Products has been supplying self-defense and security equipment for over twenty years.

Contact us today to learn more about our high-quality self-defense products!