When it comes to home security, you have probably heard the term perimeter defense. In a nutshell, this simply describes the necessity of protecting the outside of your home from would-be intruders that might attempt to burglarize your residence when you are gone, or worse, if you are actually home.

In this article, we will present several options that you have in regard to protecting yourself and your loved ones from criminals that may try to infiltrate your residence.

What Is Perimeter Defense?

There are many descriptions as to what perimeter defense actually means. For instance, you could actually put up a fence around the perimeter of your home in order to prevent people from getting in. Although this may not keep intruders out, it gives them something to think about when it comes to a home invasion.

Other forms of perimeter defense involve using home alarm systems and installing the proper lighting outside, especially infrared and motion detectors that can detect intruders outside even during the night. These types of tactics will usually prevent someone from trying to come onto your property in order to rob you, but there are more specific ways to protect your home when it comes to defending your property and family.

Make Your Defense in Layers

When creating your home defense strategies (and you ARE creating them, right?), you need to think in terms of layers, not unlike an onion. It isn’t nearly enough to just decide you’re going to go toe to toe with anyone who dares enter your home uninvited. Ideally, they’d never get that far, if you’ve planned properly.

There are at least three distinct layers to a well-crafted security plan. It starts with the perimeter. This area extends from your front door to as far as your property line. Ideally, this is the area where you’ll stop most intruders. You’ll do this by working on the risk versus reward equation. You want the possible intruder to believe the risk of going further won’t be worth the reward for doing so. For example, if the appearance of your home is such that it doesn’t look like there would be much of value inside, they may pass your home completely and seek fortune elsewhere. The other option is to increase the perceived risk, such as having one or more dogs, signs indicating alarm service monitoring, and the like.

The next layer is your structure. This is your home itself. You want the strongest doors, windows, and locks you can afford. Again, you’re working on the risk versus reward. The more work involved with breaking into the home, the less desirable it will be to do so. Sufficient exterior lighting, particularly motion activated lights, go a long way toward deterring intrusions after dark. Keeping your head on a swivel as you come home and exercising good situational awareness is also important. Sometimes burglars and other nasty types will watch a home for a day or two in order to see if patterns exist as to the comings and goings. If they notice that you’re constantly on alert to possible threats, they may just decide it isn’t worth it.

The final layer is your personal space. If an intruder has gotten through your perimeter and entered your home, in my opinion at least, all bets are off. You should do anything and everything you can to defend yourself and your family. Now, with that said, state laws vary and in some areas, you might not legally be able to take certain actions that might be completely legal elsewhere. It pays to do your homework and to know ahead of time what is "allowed" and what is not. More than one homeowner has found themselves on the wrong side of Johnny Law because they did something that, in the eyes of the law, went too far.

That said, learning self-defense such as a "real world" martial art, can go a long way toward defending your personal space. While it is no substitute for a good handgun and the requisite training, you may find yourself unarmed at the worst possible moment. Think about how you can create your defense in layers.

Take a look at your security plans. Do you have a layered defense?

Funneling is a Key Element in a Security Plan

Funneling is a key element in a security plan. The basic idea is to force intruders to move to specific areas, places where you can have greater control over the situation. For example, if ne’er do wells are moving through your property, you don’t want them hiding behind your outbuildings. Instead, you want to force them into open areas where you can better handle them, using whatever means you feel are necessary.

Here’s how this might work. Let’s say you have a fairly large shed toward the back of your property. It is within sight of the house and you fear someone might use it as cover while scoping out the home. One option might be to place piles of brush or junk back there, heaping it up to the point where someone can’t easily hunker down. 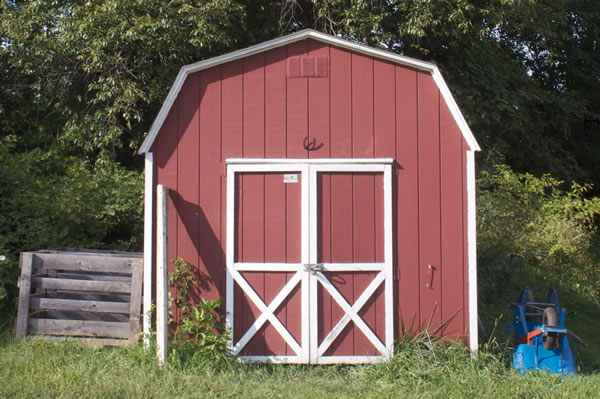 Another option could be to scatter broken glass and metal on the ground, then letting the weeds and grass grow long enough to hide it. Someone who decides to hit the dirt so as to not be seen would be in for a rude awakening. In fact, their shouts might serve as a handy alarm, too.

Yet one more possibility, though it isn’t truly funneling, is to set some sort of motion sensor alarm or tripwire back there. Something that will alert you to the presence of a potential threat in that area. If the alarm is discovered, the person(s) might avoid that area, serving the purpose of putting them out in the open.

Keep in mind, though, that anything you set out in the way of traps and such might also be dangerous to you and your family if folks aren’t careful. The absolute last thing you want to do is have one of your children get hurt because they forgot about the broken glass behind the shed, y’know? Make sure every family member is made aware of any areas where you’ve laid traps or alarms.

There may also be legal issues with some forms of traps. For example, I recall at least one case where a guy had set up a shotgun in a hunting cabin in such a way that if the door was opened the gun fired. It ended up killing someone. If memory serves, the family of the intruder successfully sued the owner. I believe he also faced some criminal charges as well, though I don’t recall how that turned out for him. Suffice to say, you may want to hold off on setting out any lethal methods of funneling until and unless the rule of law ceases to exist. 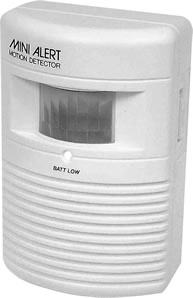 If you have the money to do so, one of the best investments that you can make is by installing infrared alarms and motion detectors. These devices work by either turning on lights or setting off audible alarms when an intruder is detected. In most cases, the best detectors can actually observe certain areas of your property up to about 90°. The moment that someone walks into this region of your property, it will set off the alarm, and hopefully, cause them to leave. These types of devices work by monitoring any type of motion using infrared technology. Therefore, once it is on, any movement will be registered causing the alarm to be set off.

In most cases, having four of these set up, pointing to all four corners of your property is the best way to protect your property. Although most intruders will not approach the front of your home because it will be in plain sight, you should at least have two detectors at the back of your household. Positioning them in high places, and also in locations that are not easily noticeable, is best. If an intruder is thinking about breaking in, they may not see the detectors installed. This will confuse them once the alarm goes off, causing them to think twice about ever returning again.

Depending on where these devices are installed, you are going to have to make a few adjustments. In most cases, there will be a sensitivity setting, usually adjustable by turning a screw either clockwise or counterclockwise. The reason that you want to adjust the sensitivity level is that you may have bats, birds, and various animals that may cross your property at any given time. By adjusting the setting, it will only detect people entering your property. Otherwise, it may go off continually, providing false alarms that will be unwanted.

The best types of infrared alarm or motion detector to purchase are those that can be adjusted from a remote location. If you do not have to hook up any wires, it will make the installation much more simple, and adjustments to the devices may also be remotely controlled. Additionally, if the alarm does go off, you also have the ability to turn it off remotely without having to physically disarm the device. Modern technology has made it possible to control these devices from your computer, as well, making them very easy to install and operate.

The protection of your family and your household is of utmost importance, especially in our world today. Therefore, installing some form of perimeter defense on your property is something that you should seriously consider doing.