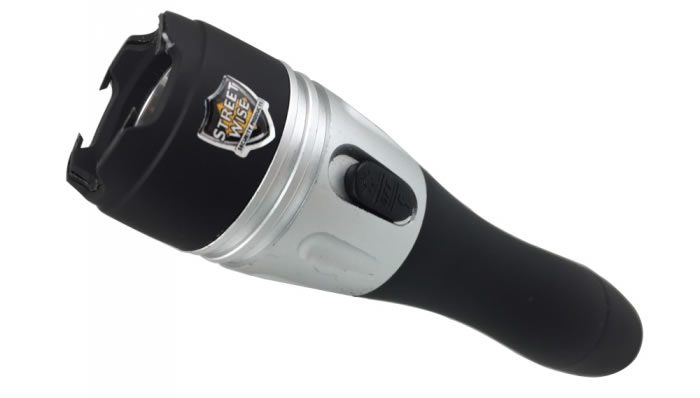 At about 7 inches long, the stungun flashlight will keep you a safe distance from your attacker while giving you the option to defend yourself by stunning him!

The power of this stun gun is 80% stronger than most models. Just test-firing this powerful unit is often enough to stop an attacker. If the sight and sound of the powerful electric charge don’t stop him a jolt from this unit certainly will!

Military Grade aluminum alloy protects the Knight Light from damage and the rubberized handle ensures a firm grip. The included recharging cord plugs into a standard wall outlet to save you money on batteries and protect the environment. Also includes a nylon holster with belt loop.

This is a high voltage* stun gun flashlight. As a bright electric current pulsates around the top of the weapon, it creates an intimidating electrical sound that can often stop a would-be attacker in his tracks.

Because we know that the flashlight could be used for long periods of time, we have made the unit rechargeable in order to save on batteries.