Now you can have your personal protector on you and
no one will know what you have until it's too late...

These disguised stun guns look like cell phones, perfume, and lipstick cases, and even super bright flashlights. These concealed electronic stunners enhance your ability to protect yourself by allowing a surprise defense.

Sort by Price: High to Low
48 Per Page

If you decide to buy a stun gun for self-defense, you have a lot of options to chose from: size, power, features, and price, just to name a few. But one option you may not be aware of is a stungun that's disguised as something else. The harmless-looking Cell Phone Stun Gun is the most popular type of concealed electro shock weapon.

WHY A CELL PHONE STUN GUN? 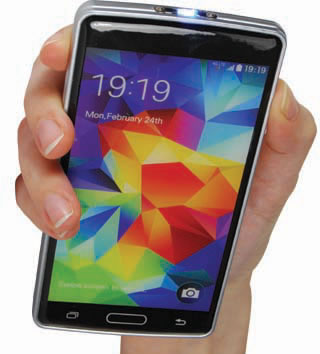 These are disguised self-defense weapons that look completely innocent and inoffensive. They hang from your belt or purse strap for easy access without anyone knowing you're armed.

Cells are carried by almost everyone these days. No one will think that yours is actually a highly effective non-lethal self-defense weapon with a surprise shocking effect.

They work like other stun guns. You press the end of the device into the person and press the trigger. This dumps the electrical charge into their body and overworks their muscle group. The longer you hold it on the person, the more effective the shock effect.

You will not feel any shock back even if you are touching the person or if they are holding on to you. The stun effect is localized to where you are holding it on the other person.

Stun guns of all types, including these kinds, are non-lethal self-defense weapons. They will cause your attacker pain and leave them temporarily immobilized and disoriented, but cause them no permanent damage.

You will not be shocked - even if you are touching your attacker at the same time you are shocking them.

The effect of the device is limited to where you are stunning the person.

All come with a safety switch to prevent accidental discharge of the weapon. If the safety switch is engaged, the unit will not shock anyone. Most types even come with two safety layers built-in. The safety switch has to be disengaged AND a trigger button pressed before the stun gun can discharge.

Remember, the purpose of a stun gun is to disable your attacker long enough for you to escape and run away. It will not incapacitate your attacker indefinitely, only temporarily.

After you shock your attacker, do not stand around waiting to see if they'll get back up. Run away instead. Fast.

The cell phone is a powerful 12,000,000 volts and includes a flashlight. The flashlight is helpful if you need to light up your door while you're unlocking it. You'll have your covert non lethal self defense device if an attacker has the misfortune of messing with the wrong person.

The FRiPHONE is a whopping 14,000,000 volts. Plenty of power to take down an attacker and make your escape. Also equipped with a LED light flashlight. Use your stun device to subdue and then get to safety right away.