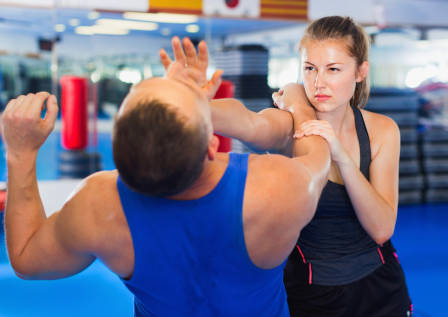 There are some amazing people out there. They've got interesting ideas to share and kindness in abundance.

The problem is that they're other types of people too. Of all the crimes reported in the US in 2018, almost 70% of them were aggravated assaults.

Have you ever stopped and asked yourself "How would I fare in hand to hand combat?" If so, you’ve no doubt had reason to believe that one day it might be you on the receiving end of an aggravated assault.

Let’s take a close look into the reality of fighting, self-defense, and things you should keep in mind if you want to stay safe.

Your Imagination vs Reality

Let’s start with some tough love. There is no one on the face of this earth who can live a sedentary life and suddenly spring into action against an experienced adversary with intent. Period.

There are people who like to think that should a violent situation arise, their instincts will kick in and get the better of their attacker. Those people are very wrong, and all we can do is pray that they never have to find out how wrong they are. If your instincts are apologizing and doughnuts, they’re not going to cut it.

If you haven’t, be assured that it's uncomfortable. In the face of confrontation, you are going to have a huge amount of adrenaline dumped into your system. If you don’t know what that feels like, then imagine the complete opposite of a cool and controlled movie gangster. You’re going to be a mess, and messes can’t fight.

The adrenaline response is designed to keep you safe, but it can also trigger anxiety, panic attacks, and the urge to freeze you where you stand. If you’re serious about being effective in hand to hand combat, then you need to experience confrontation and learn how to control your body under the influence of adrenaline.

We've all seen the films where one man clenches his fists, gives a wry smile, and then punches his way through a room full of adversaries. It's nonsense! The hand is made up of 27 bones, and they're all pretty small.

If you’re lucky enough to have the focus and grit to stand and fight in a violent situation, your hands aren't going to last long if you start throwing them wildly at people's heads. So you have two options.

If you undertake any respectable krav maga lessons, they should have you striking without gloves. At first, you'll take the skin off your knuckles and your hands will bruise, but with good reason. They're preparing you to punch someone. 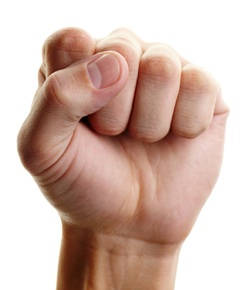 3. Stay off the Ground

It's not always possible, but try and stay on your feet, even if you’re an experienced grappler. When you’re on your feet, you can move around and use the space you’re in to your advantage. When you’re on the ground entangled with another human, you’re stuck there until the other person stops attacking. 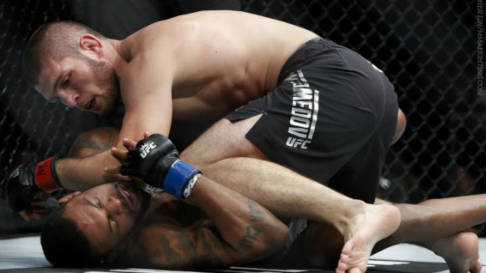 The number one reason to stay up is in the event of multiple attackers. Even if you think you’re fighting one person, that doesn’t mean that other people aren’t on their way. Sometimes, strangers might decide to join in. If there’s one thing you don’t want in a street fight, it's having your head stomped on.

4. Three Heads in a Line

Fighting multiple attackers is almost impossible. Even the most trained fighters are used to fighting one person at once. It's hard to imagine Floyd Mayweather winning all those fights if there was another boxer trying to punch him in the back of the head.

If you are facing multiple attackers, then apply the '3 heads in a line' rule. It’s taught in Krav Maga, and it means that you should always keep one attacker between you and another attacker. This way you’re only fighting one person at once.

A stationary target is easy to hit. Fighters spend as much time developing movement as they do delivering blows. You need to be comfortable moving around and keeping your balance while you're doing it.

6. Strike Through the Target

"Pulling punches" is a term used in sparring when you pull back on the power at the last minute to avoid doing any serious damage. When you're in a street fight, you want to do the opposite.

If you're throwing a punch or an elbow strike at someone's face, then you shouldn't actually be aiming for the face. You should be aiming a few inches behind it. This means that when you connect, you'll deliver maximum force.

When it comes to where to strike the human body to inflict the most damage, work straight down the center. That’s where all the important stuff is! Working from top to bottom, you have the eyes, nose, mouth, throat, solar plexus, all the internal organs, and then the groin.

If you’re up against an attacker for the first time, and you’re not sure what to do, but you know you have to fight, then giving all you’ve got against another person’s groin and eyes is a good tactic. There are very few men who can take a kick to the groin, and they’re not the cowards who attack strangers on the street.

If you’re out walking the dog and you are attacked by someone intending to take the contents of your pockets, then it's okay to play dirty. If you’re walking around alone then you should always scan your environment—not only for potential threats but for things you can use should one show up.

Sand can be thrown into eyes to buy you some time. Bricks, bottles, and even fallen branches can be picked up and used as weapons.

It's also important to look for things you can put between you and your attackers, such as parked cars and road signs. And always keep an eye out for an exit!

Fighting is hard work. Elite fighters are in amazing physical shape. Their training routines, diet regimens, and sleep schedules are fine-tuned to help their mind and body do what it does for prolonged periods of time.

If you’re reading this because you’re concerned that one day you’re going to get attacked, then one of the best things you can do is to start looking after yourself. Start running to build your cardiovascular health, and lift some weights to develop strength.

Attackers will usually pick on the weak, so one of the best ways to win a fight before it starts is to not look like a target.

10. Get Training in Hand to Hand Combat

This should be at the top of the list. If you want to help secure your victory in hand to hand combat, then you should probably practice. Taking a martial arts or self-defense class might seem intimidating, but they’re full of people who want to be safe too. 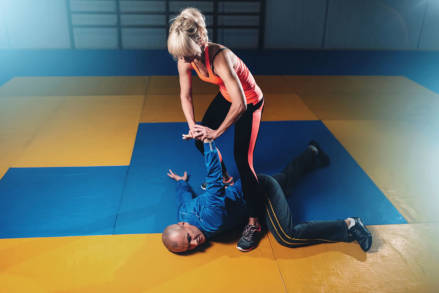 In regards to choosing the best training systems for effectiveness, you should ignore the more traditional martial arts. Boxing, Muay Thai, BJJ, and Krav Maga are without a doubt the most effective in real life. Just be sure to learn some striking.

Krav Maga is all about being effective in violent situations, so it's a great all-around tool and borrows from other disciplines. Krav Maga is also a great way to learn about the psychology of fighting, such as controlling that adrenaline response we mentioned earlier.

The greatest piece of advice anyone can offer anyone in regards to hand to hand combat is to avoid it if you can. It's impossible to predict the outcome of a fight, and concussions can be devastating, let alone lead to death.

Always be mindful of your surroundings, and avoid putting yourself in risky situations you don’t need to. If you do have to fight, then bite down and give it all you’ve got.

If you’re serious about learning how to protect yourself, take a look around the rest of our site or check out some of our newest self-defense tools to keep you safe.