In terms of range, stun guns don't have effectiveness over any distance. They are a direct contact electroshock weapon that must be touching the person for it to work. As it is a handheld device, you could say the range of one is the length of your arm.

What is the Stun Gun Voltage Range? 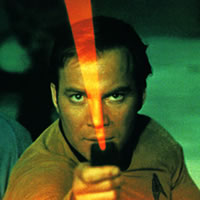 This is a common misconception about stun guns in general. Without knowing what one is, most people think, "Phasers on Stun" and believe that a beam of energy shoots out and knocks the person unconscious.

How Far Does a Stun Gun Shoot?

It is these metal probes that must make contact with your attacker in order for the electrical energy to pass from the weapon to the other person. On some stun batons, the electrified portion of the metal probes may extend down the sides of the baton so that if someone were to try and grab it away from you, they would be shocked the same as if you touched them with the tip.

What about Police Stun Guns?

Law enforcement personnel use TASER™ Devices, not stun guns. Though similar in effect, TASER Devices are different in that they shoot out two barbs attached to a wire. The electrical energy passes down the wires and into the barbs which are affixed to the person that they shot. 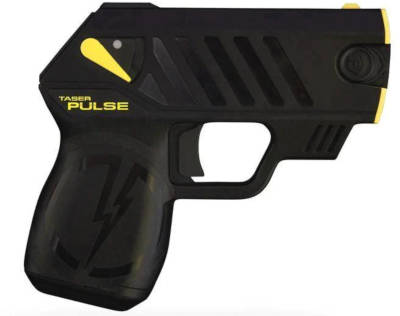 These weapons do have a range of about 21 feet or more which makes them different from stun guns. They are also a lot more expensive which puts them out of reach for most people.

Can you Extend the Range of a Regular Stun Gun? 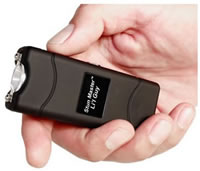 Not in any way we're aware of. There isn't an adapter or anything that will project the electrical discharge out any further than the tip of the device. This limits the range to the length of your arms reach.

You can get a stun baton which gives you more length and more separation between you and your attacker. The longest one we carry is the Barbarian Max shock Baton which is nearly 24 inches long. That's almost an extra arm length for most people.

TASER® is a registered trademark of TASER International, Inc.