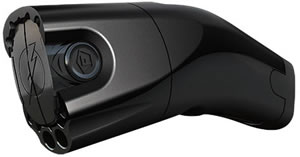 We've been in the personal protection business for over two decades now and know a thing or two about the best choices ladies can carry to ensure their safety. This short list below identifies what we believe are the best tools you have with what is available in the market for non-lethal weapons. 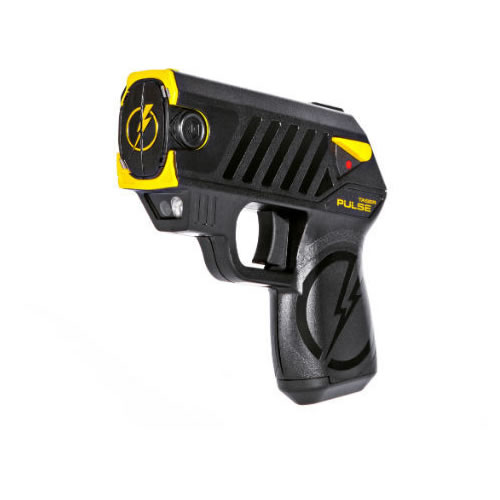 First up is the TASER Pulse. Hands down, the absolute most powerful device available to quickly stop an attacker. This wonder of technology is the same type of weapon that our brave law enforcement officers use to immediately stop an unruly suspect.

Surely, you've seen a video or two of some idiot who doesn't think they need to listen to the police. A split second later, that same someone is lying on the ground unable to move.

This tool completely overrides the body's nervous system and effectively shuts it down. An added bonus is that it can be used from up to fifteen away. You don't even need to be that close to the loser in order to put them down and safely get away.

The TASER Pulse tops the list of personal protection devices for women.

Next up is Pepper Spray!

Oleoresin Capsicum, or OC for short, is the active ingredient in the fastest acting self defense sprays. This differs from tear gas or other forms, so be sure to get a spray that has this!

Pepper sprays come in at number two in our lineup because they can also be used from a distance.

It doesn't overpower the body and make it unable to move, but it sure gives a new perspective to the person on the receiving end.

If you spray pepper spray in an attacker's face, they will immediately feel like their face is on fire. Their eyes will close involuntarily and they will have a rough time even breathing.

The only thing they will want to do after being sprayed is to get some water and lots of it! Whatever they were thinking or planning to do before will immediately be replaced with concern for their OWN well-being.

Being unable to see or to breathe and feeling like holy hell has come down upon them will put a concrete damper on their intentions towards you. You will be able to leave the area and call the police or otherwise get help.

Pepper spray is one of our most popular products for a woman because of its effectiveness, the ability to keep your distance from your attacker, and its very inexpensive price.

Last but not least is a stun gun!

Stun guns are direct contact weapons meaning that you have to actually touch the person being stunned in order for it to do its job. While these are also very effective at repelling someone, they come in third because of the necessity to be so close to your attacker.

With that being said, a short blast of electricity pumped into them will cause alarm, immediate pain, and a massive contraction of the muscles to which it was applied. If kept on them for a few seconds (always hold a stun gun on the person for as long as possible), it can cause them to be unbalanced and unstable. This is your time to escape!

The surprise of a sudden large amount of voltage into a body can overwhelm a person. Yet, because the amperage is very low, no permanent damage is done and they will recover. If you have to use your stungun, hold it in place for several seconds and then run away to get help. A stun gun is another way you have to stop an attack and protect yourself, so take advantage of the shock factor and get the hell out of there as soon as you're done shocking them.

You have just read our top three recommendations on personal protection for women with the number one option being the TASER Pulse. With whatever you decide to carry - Always carry it with you!

Stay aware of your surroundings, watch for people overly interested in you - especially from afar, exude confidence when walking and in your mannerisms, and if the time ever comes - act decisively and quickly when confronted with an attack.

Please feel free to leave a comment or ask a question.

You forgot the most important thing a woman can have for protection. A gun.
No batteries as well.