Get social
Join us!
Account
Sign inRegister
0Cart
Cart is empty
View cart
Home/Self Defense and Security Blog/7 Reasons You Should Use a Knife for Self Defense

7 Reasons You Should Use a Knife for Self Defense 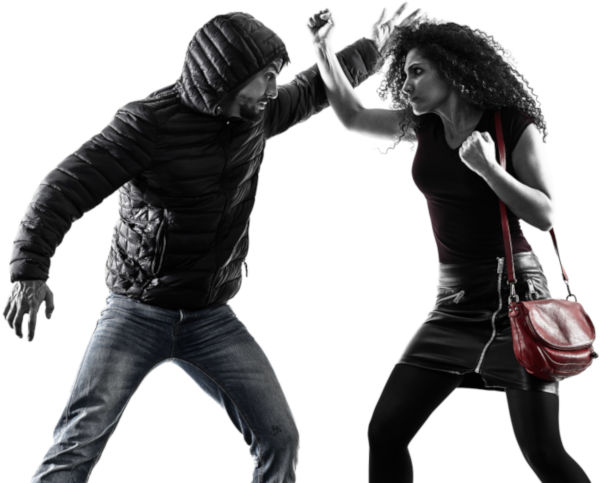 Did you know that there were over 300,000 robbery cases in 2017 alone? Someone could try to mug you while you're out walking, at a store, or even in the safety of your home.

This is the reason you should invest in a self defense kit.

A kit should carry everything you need to protect yourself from harm. One of the items you'll need is a weapon to fend off assailants. Consider getting a knife for self defense before investing in a gun or big weapon.

Why a knife? Consider the reasons a knife is an excellent self defense tool with our list below:

1. Never Run Out of Ammunition

There's no denying the stopping power of a gun. One detriment is that its efficiency ends as soon as you run out of ammunition. You can't fire with an empty chamber.

A gun with no bullets becomes a glorified blunt weapon for whacking.

Knives don't have this problem. Knives don't rely on ammunition and even a blunt knife can still cause a lot of damage to an assailant. Even the mere sight of one could already scare off any would-be attackers.

This also means you won't need to keep spending on ammunition. The only additional expense is a sharpener for your knife. This ensures it can cut through thick clothing or rope.

Ever noticed how rare it is for movie heroes to miss their targets when firing a gun? That's not the case in real life! Firing a gun in the real world is a risky action.

You could miss your shot due to several factors. Don't forget that unholstering your gun, taking it off the safety lock, aiming, and firing requires time and precision. You won't get a lot of clear opportunities during an emergency.

A knife will almost always hit the target. Even if you fail to stab your assailant, the side of the blade will still cut them. The hilt and the handle can deal blunt damage as well.

Misfiring a gun has two consequences. Not only did you fail to stop the assailant but you also risk harming a bystander. This increases the number of people harmed during an encounter.

A knife is a far more precise weapon of self defense. It requires close-quarters combat, meaning you will only direct it towards an immediate threat. The only person you'll stab or slash is the assailant, the threat right in front of you.

Knives also can't hurt multiple people at once. You can't accidentally squeeze a trigger and shoot a ton of people at once. There's no risk of harming bystanders from a distance.

4. Easier to Conceal and Carry 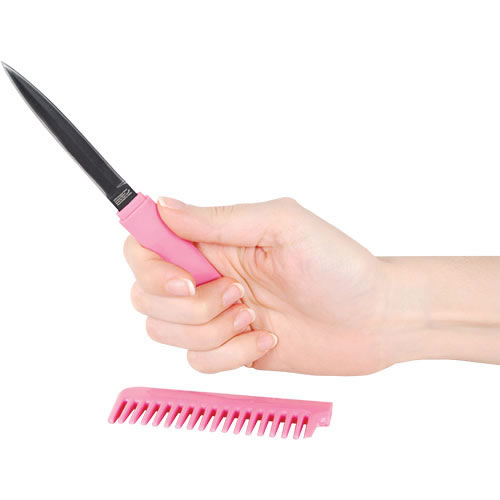 For most places, carrying a knife is no big deal. You don't need a license to buy a knife. Using it offensively can get you in trouble but not if you only rely on it to protect yourself.

Concealing a knife is also easier when compared to other weapons. There are subtle self defense knife designs that hide the blade, for example. You can fold some knives or buy knives with camouflage colors.

Have you ever held a gun?

It's a lot more complicated than some people assume. You need to learn not only how to fire it but also how to carry and maintain it. Guns can become effective self defense tools but you'll need a lot of practice and professional training to use them safely and effectively.

This doesn't mean you won't need training for knives. The good news is that the training isn't as rigorous. You can stick with basic self defense knife training and decide later on if you want to get even better.

What kind of basics should you learn first? Prioritize safety training so you don't hurt yourself when using a knife.

Anyone who owns a pepper spray or pistol can tell you the difficult process of buying those weapons. You need to find a specialty seller and you need to secure the right permits, licenses, and proof of training. It's not as simple as walking into a mall to buy a gun.

Buying a knife has no such restrictions. You can find all types of blades at a shopping center or online store. There are also specialty providers, like us, that sell knives specifically made for self-protection. 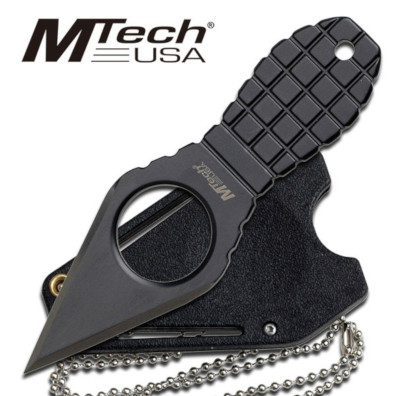 Out in the wild? You can use a knife to hunt down wildlife for food. A knife is also a good tool to chop small pieces of wood, flint, or other materials. You might need a knife to cut cloth for a makeshift bandage or to tie materials together.

Keep the Best Knife for Self Defense

Know you know the different advantages of using a knife for self defense. You don't need ammunition, it can't miss, and you don't risk harming bystanders. They also serve multiple purposes and getting a knife isn't as difficult as buying a gun.

Looking for the right knife? Do you want a knife specifically for self-protection?

Search no more because we've got what you need. Check out our selection knives for self defense or get in touch with us today so we can help you find the best self defense knife today.

Until a stronger assailant grabs your arm and takes the knife away from you. Now you've given them a weapon. ???? ????