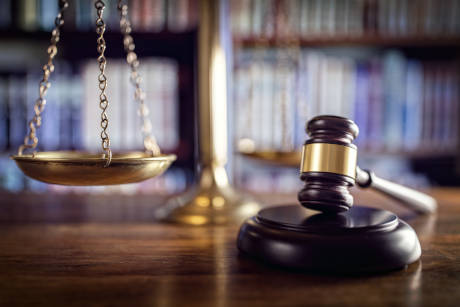 One of the first questions people wonder about is if it is even legal to have a stun gun in California. And the answer is: YES.

California law allows for regular citizens to have and carry stun guns and to use them in a lawful manner. By lawful it means for their intended purpose which is as a self defense device.

The law specifically states, “any person may purchase, possess, or use a stun gun” and you can read the entire text of the code here.

However, if you are convicted felon or have been convicted of any crime involving assault, then you would be prohibited from having a stun gun in California.

For the majority of people though, a stun gun is a valuable tool you can have in your possession to aid you in preventing an assault or attack. Stun guns are effective because of their static electrical charge that gets pumped into the person on the wrong end of it.

It’s important to note that a stun gun is different from a taser and we’ll get into that in a later post. Basically a taser can be used from a distance while a stun gun has to actually touch the person in order for it to work.

However, discharging the stun gun as a show of force is often enough to change a person’s mind about giving you some grief. You have to weigh that against the surprise of actually using it on someone or trying to warn them off.

To sum up this post though, in the State of California, stun guns are in fact, ok for you to have.

California and Laws about Stun Guns

Stun guns are smaller, cheaper, and easier to acquire than firearms. They can also be disguised as inconspicuous items like phones or lipstick.

California stun gun laws are one of the least restrictive sets of weapon regulations in the world. They make the weapons legal for almost anyone to own or use in the state.

There are important exceptions to the law's provisions. Minors and individuals who have committed certain crimes are usually forbidden from even purchasing a stun gun. It is also illegal to use the weapon in a restricted area or to commit a crime.

Laws differ in each state and country, making it important to understand the requirements in each area. Read our guide to learn how to legally own and use a TASER weapon or stun gun in California.

What Counts As a Stun Gun Per California Stun Gun Laws?

Before anyone can understand stun gun laws, they must understand what the term even means. The law provides a clear definition.

California stun gun laws categorize any device used as an offensive or defensive weapon that can immobilize a target using an electrical charge as a stun gun. They belong to a class of weaponry known as "less lethal" weapons because they can only inflict a non-fatal level of pain or physical impairment.

Both stun guns and TASER devices are legal in CA, and the two terms are often confused. While they are used for similar purposes, they are not identical. 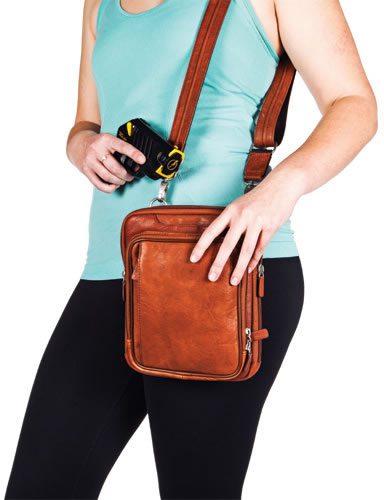 There is one important difference that distinguishes them from one another. TASER devices can be fired from a distance, while other stun guns require direct contact with the attacker.

California TASER laws and stun gun laws are essentially the same. Since both weapons can immobilize a victim with electricity, they have similar legal requirements for sale and usage.

Read our other article for more differences between a stun gun and TASER weapon.

How Are Stun Guns Sold?

Stun gun laws don't just regulate who can own a stun gun and how to use them legally. They also create provisions for how to sell these weapons.

There are certain requirements that any stun gun must meet before being sold. They must have the name of the manufacturer and serial number clearly printed on them. 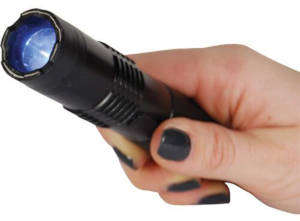 TASER devices are not the same as stun guns, but California law also allows for the sale of all available models. The requirements are similar to those set forth in stun gun laws.

A stun gun salesman must also determine the age of all their customers. Selling to a minor is illegal, so any potential customers must be able to prove that they are at least 16. If in the 16-18 age range, they must also provide a written form of parental consent.

Who Can Have One?

High crime rates and consistent media coverage of violent attacks may increase the public's fear of being attacked. Residents may wonder if stun guns are legal in California, as they are a cheaper, safer alternative to firearms. The answer is that anyone can purchase and own these weapons unless they fit certain criteria.

Stun guns and TASER devices are legal in CA. Unlike many other types of weaponry, they do not require a permit. This still does not mean that everyone can purchase them.

Age is one of the first important considerations set forth in stun gun laws. Anyone under 16 is considered a minor. Individuals ages 16-18 can legally own and use a stun gun, but only if they can provide the salesman with written permission from a parent or guardian.

Not selling to a minor is an important provision of stun gun law, but there are also circumstances in which an adult is unable to legally purchase or use them.

Individuals convicted of certain crimes like a felony, assault, or misuse of a stun gun cannot purchase the weapons. The same restriction applies to narcotics addicts because the drugs inhibit their ability to use a stun gun or TASER device safely.

Where Can You Use One?

TASER devices and stun guns are legal to own and use in California, but not in every situation or location. First and most importantly, they must only be used for self-defense purposes. Also, there are certain public places where they must be put away. 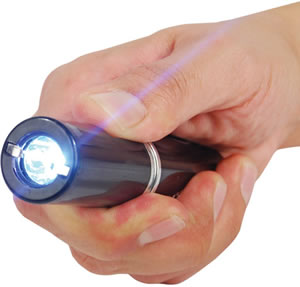 It's illegal to use or even bring out a stun gun or TASER device in a state or government public building. They are also banned from public meeting-places, school grounds, and the secured areas or passenger terminals of an airport.

Policemen using stun guns or TASER devices in the line of duty are the only exception to these rules about restricted areas. They are permitted to use the weapons whenever the situation requires it.

Regulating where any weapon can be used, even those in the non-deadly class helps keep the public safe.

What Counts as a Stun Gun Crime?

Even though stun guns are legal in California, this does not mean they can be used to commit a crime. There are many ways to improperly use, own, and/or sell these weapons.

Assault is one of the most serious stun-gun related crimes. These non-deadly weapons are only to be used for self-defense against attackers. Shocking a victim without being provoked is a serious offense, made even worse if done to an official such as a policeman, fireman, or school worker.

It is illegal for someone with certain types of previous convictions to purchase or use a stun gun in California. Examples of these crimes include grand theft and assault with a deadly weapon. 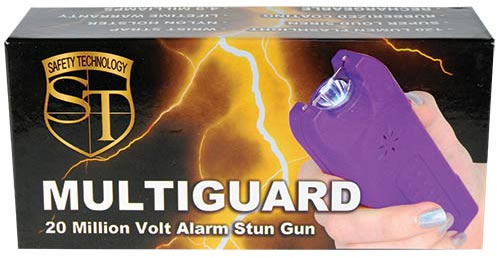 While it is legal for minors ages 16-18 to buy and own a stun gun with parental permission, they must obtain special training to use the weapon safely. Failing to do so is illegal.

There are also regulations for the sale of stun guns and TASER weapons, and breaking them leads to various legal repercussions. Selling a stun gun without a serial number is a misdemeanor. Not including an instruction booklet is an even more serious crime.

Read our guide to learn how to use a stun gun safely and legally.

What If I'm Convicted of a Stun Gun Crime?

Stun gun law regulates how the weapons should be used and what punishments are in order if these rules are broken. The repercussions for committing a stun gun crime depend on factors such as the type of crime and whether the accused has any prior convictions.

Assault is a serious crime in any circumstance, and unprovoked usage of TASER weapons or stun guns is illegal in California. The crime can be classified as a misdemeanor or a felony. The sentence is up to 1 year in jail or 3 years in prison, with longer sentences for assaulting the previously identified officials.

A minor aged 16-18 who purchases a stun gun is not breaking the law unless they fail to provide parental permission and/or complete the required training. Repercussions for failing to do the latter can include a lawsuit or personal injury settlement.

Using a stun gun in a restricted area is also a crime. The typical punishment is up to a year in jail and/or a fine of up to $1,000.

Selling a stun gun without accompanying instructions is a public offense that comes with a $50 fine for each circumstance.

Understanding and following California stun gun laws to the letter is the best way for sellers and consumers to avoid nasty legal issues.

How Can I Defend Myself Against a Stun Gun Charge?

Stun gun crimes are serious offenses and require an effective defense. The way to win a case involving a stun gun charge depends upon the crime in question and the defendant's history.

The three major defenses in cases of illegal stun gun ownership include no past convictions, no possession, and coerced confessions. Each relates to a different factor preventing individuals from owning a stun gun.

Previous convictions for serious crimes are a major factor preventing someone from owning a stun gun. If the accused is charged with illegally owning a stun gun due to a crime the defense can prove they didn't commit, the charges will be dropped. Proving that the gun does not belong to the defendant also makes the charge invalid, as does showing that their confession was obtained unfairly.

Other stun gun crimes, such as assault or selling to a minor, also require a well-prepared defense. If a lawyer can prove that the charges are unfounded, they may not even go to court. However, if the accused actually did commit the crime, the best course of action may be to accept a plea to lessen the sentence.

Where Can I Get a Stun Gun?

California stun gun laws and TASER laws outline who can own these weapons and how they can be used. While they are not as restrictive as other countries and/or states, they are still important regulations to know to avoid legal consequences.

Looking to get a weapon for personal self-defense? It's important to know where to buy a stun gun in California to get the best value.

We have a large range of personal safety tools. Browse our available stun guns or contact us today for more information.

Is it legal for California bouncers to use a stun gun when necessary?