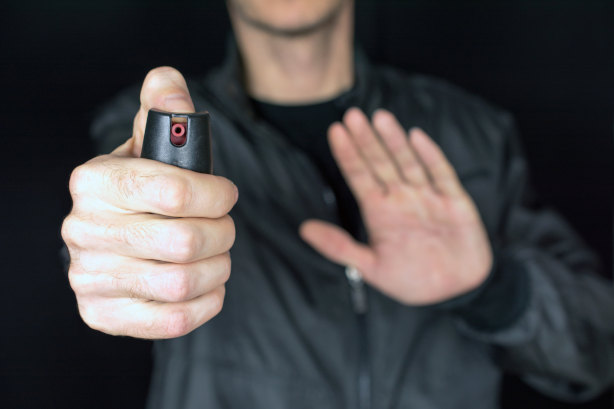 Did you know in the U.S. alone there's one aggravated assault every 34 seconds?

Maybe you do know, and that's why you're here... Looking for information on wasp spray vs pepper spray.

We want to clear it up for you.

Read on to learn the differences between wasp spray and pepper spray so you can make an informed decision.

What is Wasp Spray?

Aerosol wasp spray is designed to have a fast 'knockdown' time for the insect or bug.

Knockdown refers to how quickly a pest will become immobile after getting sprayed. A lot of factors play into this, including:

Wasp and hornet spray contains a neurotoxin. In fact, most insecticides work by using a neurotoxin to stop bugs in their tracks. 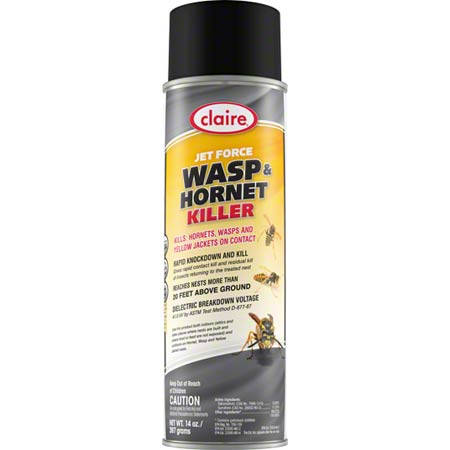 Pyrethroids and pyrethrins, the main ingredients in most wasp sprays, work very fast. They hold open the sodium channels of the wasp's nerves to render them immobile.

Because the nervous system can't react, the wasp is paralyzed.

Pyrethroids are harmless to humans. They can, however, kill other creatures such as fish.

The compound comes from the chrysanthemum plant. It is common in many pesticides and generally harmless to human beings.

But be warned! Many wasp sprays contain other ingredients that are highly toxic to humans.

Some of these chemical compounds will have critical effects on someone's health or even cause death unless treated with an antidote.

Many factors play into this effect, including the ones listed above. But the point is, that wasp spray should only be used for its primary purpose: getting rid of wasps.

What is Pepper Spray?

Pepper spray is also known as oleoresin capsicum spray. Capsaicin is the chemical compound found in chilis and other plants of the capsicum genus.

The compound has an inflammatory response to humans, including:

It has been chosen for self-defense purposes because it is a less-than-lethal agent. There are extremely rare cases where pepper spray has caused death.

This usually only happens in victims with asthma and is considered exceptional. Normally, pepper spray can be successfully used as a protection weapon to reduce a threat while not causing long-term harm.

Pepper spray is used by police officers to reduce threats without resorting to violence. In fact, law enforcement injuries have decreased consistently since the introduction of pepper spray.

Pepper spray is an obvious choice when it comes to personal self-defense weapons.

It is also available for purchase on the market. This makes it a choice for personal self-defense for many people across the country.

Interested in learning more about what's in pepper spray?

When it comes to wasp spray vs pepper spray for self-defense, the choice is clear.

Basically, wasp spray is for wasps. Any use other than that is illegal and not proven effective.

Pepper sprays, on the other hand:

And the majority of pepper sprays on the market are not mixed with any other chemicals that haven't been tested on humans. The active ingredient is oleoresin capsicum, OC for short.

While the compound may stop a wasp in its tracks, there is no evidence to show it can stop an attacker.

So it's illegal. And it's potentially ineffective.

The Myth and the Legend

This urban legend has been circulating the internet for a while:

"A can of wasp spray is a great alternative to pepper spray when it comes to self-defense. It's more accurate in its trajectory and has the same debilitating effect.

It can stop an assailant by temporarily blinding them until they make it to the hospital for an antidote."

Another way this is presented online is that so-and-so has a self-defense teacher who taught them this.

Some people even claim they are self-defense teachers and this is what they practice and teach their students.

But the moral of the story is, that you can't believe everything you read.

When you really break down a comparison of wasp spray vs pepper spray, the facts show the truth.

And the myth that wasp spray is more accurate? Total bunk.

There are cans of pepper spray on the market that have a range of 20 feet or greater.

If you use wasp spray instead of OC spray, you might:

Protect yourself. Only use pepper spray for self defense.

Next Steps for Self Defense

Looking for a great way to defend yourself? Wasp spray isn't the answer.

Now that you've read about wasp spray vs pepper spray, you might be wondering: "What's the best option for self-defense tools?"

Check out these self-defense toolkits that can meet all your needs instead of heading out for a can of wasp spray. You'll also find Mace brand sprays as well as electric shock weapons in our taser or stun gun categories.

Inside this website are many tools proven effective in keeping you safe.