6 Discreet Weapons You Can Comfortably Carry 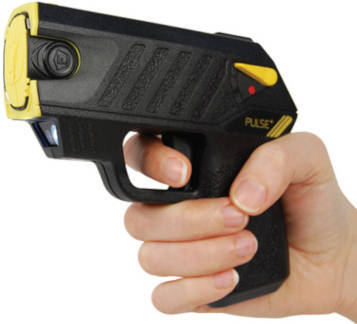 We live in a world where people are feeling increasingly less safe to walk around in. Luckily, technological advances have made portable self-defense weapons both affordable and easily available.

Interested in learning more? Continue reading and we'll walk you through some of the best discreet weapons you should know about.

First, we'd like to point out that a stun gun differs from a TASER device. Both are forms of electroshock weapons. However, a TASER device is actually a specific brand.

A TASER weapon shoots probes that shock a target once it gets it. A stun gun is effective when the prongs connected to the device contact a person.

A stun gun is often more effective than an ECD since you don't have to reload a stun gun each time you want to use it. These devices are also very small, lightweight, and pack a lot of power. 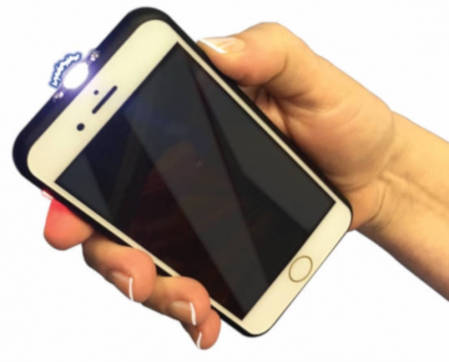 Many stun guns even come disguised as other objects. For example, the FRiPHONE looks just like an iPhone. So if someone is being assaulted, they can pull out what looks like an ordinary phone but is actually a debilitating weapon.

Other stun guns can look like car fobs or lipstick canisters.

You can also get a stun gun that doubles as a flashlight. The beams of these flashlights are bright and can temporarily blind an attacker. And the rim of the light has prongs which can incapacitate your target as well.

Some states have restrictions on stun devices so make sure you are current on all the relevant laws in your jurisdiction.

If you're looking for something like a stun gun but with more power, then a TASER device is for you. As we stated earlier, it's a device that shoots probes to incapacitate the target.

The fact that it's gun-shaped can also help scare off attackers. These are some heavy-duty devices that actual police officers use, so carry this with caution. 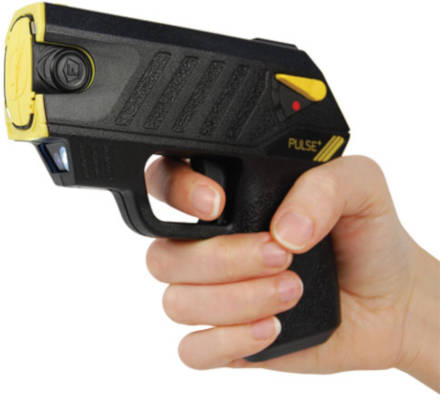 When you hit someone with a TASER weapon, the probes are going to stick to that person. You do not want to wait around to get your stunner back.

Instead, just drop it and run. The probes will continue to shock the target for another 30 seconds or so.

What's so cool about the TASER Pulse is that you can download the Noonlight mobile app. So whenever you fire your ECD weapon, the app on your smartphone will automatically contact local law enforcement of your exact location.

Reaching for your phone and calling 911 can be a difficult task when you're running for your life. Luckily, the Noonlight app now takes care of them for you.

Pepper spray is perhaps one of the most well-known self-defense weapons out there. The active ingredient in pepper spray is Oleoresin Capsicum (OC). This compound comes from the chili pepper.

Pepper spray is so effective that the effects can last up to 45 minutes. Once someone is sprayed in the face, the OC triggers distress signals in the brain.

The body then forces the person's eyes shut and creates a stream of mucus and tears to protect against the OC. At the same time, the OC also inflames the skin around the eyes.

The pepper spray also stimulates nerve endings in the target's throat and spasms of the larynx. This makes it difficult to talk.

If you end up accidentally spraying yourself, make sure that you do not touch your face. You then must follow the device's first aid instructions and wash your face with a saline solution. 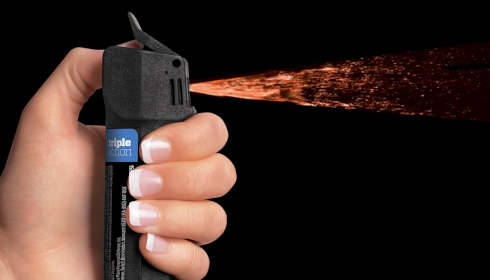 Pepper sprays can usually spray up to ten feet so you can keep a safe distance away from your attacker. Also, pepper spray canisters contain a limited amount of pepper spray. It's important that you know how much spray you have so you don't end up trying to use an empty device.

Also, make sure to test your spray every few months to make sure that it's still in good, working order. And before ordering your pepper spray, think about how you plan on carrying it.

Most pepper spray brands specifically design their products for different modes of carrying. For example, if you want to keep a pepper spray canister on your keychain, you should purchase a device that is designed for that purpose.

You might be imagining a small kitchen knife attached to a set of keys but that's not what's going on here. Keychain knives are usually made of rubber or durable plastic.

These discreet knives have a grip and sharp points that you can use to stab an attacker with. When people are walking through a rough neighborhood at night, they might hold their keys between their knuckles to give their punch more effect. 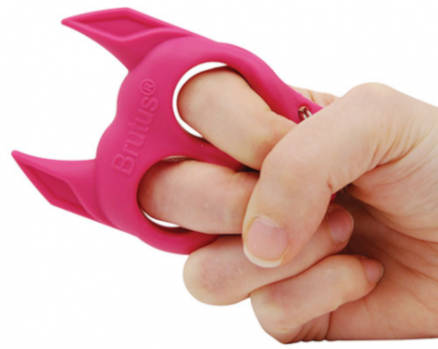 A keychain knife solves this problem and will actually work at harming an attacker. These knives have points that are much longer than keys and a lot sharper as well.

Another great benefit of these products is that, since they're made of hard plastic, they won't set off metal detectors. So you don't have to worry about leaving them in your car or at home when you go to a concert or other event.

The throwing star, or shuriken, has been a part of Japanese martial arts for hundreds of years. And they're not just for ninjas and movie characters. They can be an effective self-defense weapon for anyone after a bit of practice.

A shuriken is a weapon that many times look like a star with pointed tips. Throwing stars aren't just meant to injure a person but also to distract them. 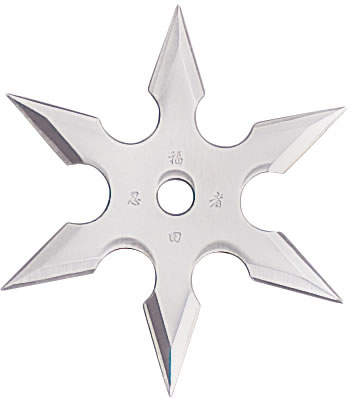 When you throw one of these starts, realize that it's not so important if you hit your target. It's more important that while your target is trying to avoid the star you take that time to run to safety.

The proper way to hold a throwing star is to do what's known as a pinch grip. The pinch grip is simply when you take your thumb and index finger and pinch one of the blades.

When you stand, you want to make sure that your feet are firmly planted and your shoulders are squared up. Don't throw the star-like you would a baseball. Don't throw across your body.

Instead, hold the star in line with your ear and then bring your arm straight down.

Personal alarms are effective and non-violent ways of warding off an assault. These are discreet little alarms that can fit in the palm of your hand and even attach right onto your keychain.

Many of these personal alarms come with two main functions. First, they act as an alarm. You can activate these devices by pulling the safety pin from the base. 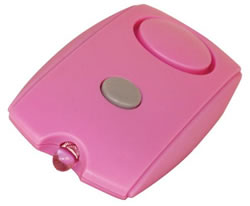 You can also press a button that will have the same effect.

The second function is that they can act as mini flashlights. By pressing a separate button, you can turn on the flashlight which can scare off potential attackers and also help you see at night.

Having an easy-to-use mini flashlight on you can help you quickly find your door's keyhole when it's dark out too.

These devices make great gifts that you can give to people of all ages and can be helpful in all areas. These alarms are legal to carry in all 50 states and you can even take them onto planes!

There's no skill or training required and they can bring a great amount of peace of mind to the user and the user's loved ones.

The alarm can be a way to get help and scare off bad guys. Also, when you pull the safety pin, you can throw the alarm at the attacker. They won't be able to silence the 130db alarm without being able to put the pin back in.

The Importance of Using Discreet Weapons

By knowing more about the discreet weapons at your disposal, you'll be able to better find the self-defense tools that best fit your lifestyle. Whether you're looking to completely debilitate a potential attacker or call for help more easily, there's a device out there for you.

Need more help regarding self-defense products? Contact us today and see what we can do for you!