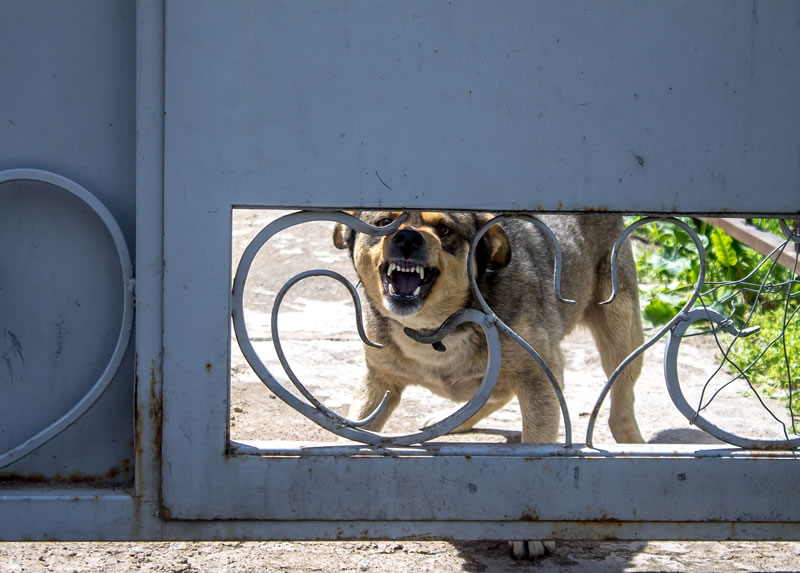 When most people think about self-defense, they think about ways in which they can protect themselves from being attacked by other human beings.

But self-defense isn’t just about protecting yourself from your own species. Sometimes, we need to defend ourselves from other species as well.

Most people love dogs. But, just because your dog or your friend’s dog is cute, cuddly, and furry, doesn’t mean all dogs are this way. Some dogs, when frightened or threatened, can be quite vicious.

When a dog feels threatened, it will often resort to growling and barking. Some dogs, however, are not afraid to attack when they feel threatened.

Dog attacks aren’t something you’ll likely come across on a regular basis. But this doesn’t make them any less of an issue. For example, in 2015, 35 Americans were killed by dogs. Every year, emergency rooms see more than 350,000 dog bite victims and over 850,000 victims receive some sort of medical attention each year.

But, what you can do is prepare to defend yourself in case a dog tries to attack you.

And one of the best ways to defend yourself is with an ultrasonic dog repeller.

Let’s take a look at exactly what this device is and why it’s such a great dog deterrent.

Ultrasonic Dog Repeller: What is It?

An ultrasonic dog repeller can help keep unfriendly dogs at bay in a way that is still safe and humane. 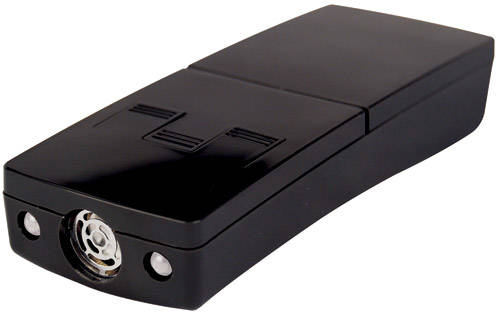 The device emits a high-frequency sound pitch that can be heard by dogs and cats but is almost inaudible to humans. When used properly, the device is meant to deter a problem dog from approaching you in an effective way that keeps both you and the animal safe.

In order to project the ultrasonic sounds, one must point the dog repeller directly at the dog while pushing down on the power button. The sound emitted is unpleasant enough to make the dog want to get away from it as quickly as possible.

Here are some other things you’ll want to know about the device:

Now that you know the basics of the device, let’s take a look at its main benefits:

Protects You From Stray Dogs

If you enjoy walking or jogging in the park or in other outdoor areas, there’s a good chance you often come across stray dogs.

Since you’re jogging, a dog might be prompted to follow you in your tracks. This can be scary if the dog is barking at you ruthlessly. And, it can also be just plain annoying.

An ultrasonic dog repeller can easily solve this situation by chasing the stray dog away.

An ultrasonic dog repeller can help you establish routines, good behaviors, and habits with your dog. For example, these dog trainers can help you emphasize when you want your dog to sit, be quiet, lie down, or even not bark.

There is no harm from this type of training product and your results may vary.

You certainly shouldn’t rely only on this device to train your dog. However, it can be a useful tool.

Perhaps the greatest benefit of an ultrasonic dog repeller is the fact that it’s safe for both humans and animals.

The repeller produces up to 125 decibels in sound frequency, which is enough to annoy a dog without causing any permanent hearing damage.

Not only that, but the repeller is also completely safe for humans. While you might hear a slight audible sound, there are no adverse effects to hearing it.

Unlike a lot of self-defense devices, the dog repeller can be taken with you anywhere you go. It’s lightweight, so you can easily carry it in your purse, on a jog, or while walking around town.

When a dog is about to attack you, you’re likely a bit frightened.

In some cases, it might even be a moment of sheer panic. It is in these moments that we lose our ability to think clearly and make rational decisions.

Luckily, if you have an ultrasonic dog repeller handy, there isn't much you need to think about. Even with nervous and shaky hands, you'll be able to pull out the repeller and use it effectively by simply just pressing a button. Whether you’re biking, walking, or jogging, you should be able to use the device comfortably while still maintaining focus.

Keep Other Animals at Bay

The ultrasonic repeller works great on dogs. But, it can also be used to keep several other animals away, such as cats.

However, you may need to be closer for it to work effectively.

So Do Ultrasonic Dog Repellers Work?

Now that you know all of these benefits, the real question is: does it actually work?

The answer is yes! However, just like other self-defense device options, it does come with some limitations.

While the device should turn away dogs, there is no absolute guarantee. For example, if the dog is deaf, the device will obviously have no effect on them. Some particularly ferocious dogs may be annoyed by the noise, but not enough to turn it away.

If you are really concerned with a non friendly dog attacking you, you may want to consider purchasing some sort of back up self-defense device, such as a dog repellent pepper spray.

We hope this article clears up any confusion you have about ultrasonic dog repellers.

Please drop a comment if you have any questions about these types of deterrents and be sure to check out some of our other self defense products while you’re here. We’ve got a wide range of convenient, easy-to-use devices that will help you feel safe at all times.

Thank you, Steve. I will look into that!

Mary, It may divert their attention when they hear a "loud" sound long enough for you to remove one of them from the other. What really stops dogs in their tracks is the sound of a stun gun. Not touching or using a stun gun on your dog, but just test firing it in the air near them. The unnatural sound of electricity is something they innately fear and many customers have told us the same thing.

I have a purebred German Shepherd and a puppy German Shepherd mix. The puppy has initiated fights with the bigger dog and I am usually who gets hurt trying to break them apart (I've spent a small fortune on training for both but they still get into these horrible scary fights and do not listen to me!) Puppy is 1 1/2 yrs old and we've had 4 fights so far. Would this device deter them from fighting?