Top 25 DIY Spy Gear for Spying on a Budget 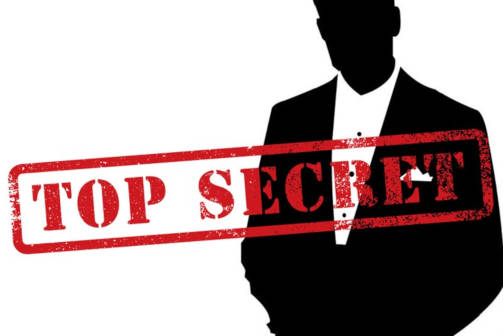 James Bond has the government budget at his disposal. Batman has Bruce Wayne’s fortune to rely on. But ordinary mortals like us don’t have huge bank accounts to sponsor our love for spy gadgets. Thus, we need to be a bit more resourceful and create our own. But don’t worry, you won’t need a degree in rocket science to make the gadgets below. All it’s going to take is patience and hard work. You might think those qualities may be difficult to come by, but at least they’re free!

Secrecy is the ultimate code for spies and special gadgets are required to keep what needs to stay hidden and uncover what needs to be revealed.

#5 Waterproof Clues
Liquid is many a times the death of clues, preventing secret messages to reach its recipient intact. If you want a surefire – pardon the pun – way to deliver your clues, rain or shine, use this waterproof message capsule.

#4 The Ultimate “Lookout” Gadget
James Bond – hail to the god of spies – never needed a lookout because his cool gadgets did all that for him. Now, you have the chance to enjoy the same. Learn how to create a special periscope that will eliminate the need for dangerous head-poking while exploring unknown rooms and walled areas.

#3 Secret Sleeve Pocket
Security checks will have your chest and pants pockets inspected. No one will suspect, however, that you have an extra secret sleeve pocket and within it lies your hidden camera or any other cool gadget.

Spies are not known to be masters of disguise for no reason. Blending with the crowd is, in fact, one of the most important skills that spies have to hone. Without a working disguise, nothing you do will be successful.

Reconstruction surgery is, of course, the best way to disguise yourself, but that’s a bit too extreme. Why not go with the next best thing and make yourself seem invisible instead?

#1 Bump Key
No door shall be left unopened when you have a bump key in your pockets! Take care not to abuse its powers, though. As the great Master Yoda would tell you: wisely, you should use.

Tailing is yet another critical activity for spies. Here are must-have gadgets to ensure that you know everything about the subject matter you’re interested in, may it be alive or not.

#3 Spy Glasses
In the movies, you’ll see a lot of spies, detectives, law officers, and MIB (God help your spy spirit if you don’t know MIB stands for Men in Black) wear sunglasses. One reason for that is because sunglasses make you look cooler and tougher. But another and more important reason is that those sunglasses they’re wearing could actually a camcorder in disguise.

To have your own DIY brand of spy glasses, you’ll need a pinhole camera. As for the rest, you’ll find them in the link below.

#2 Phone Tapper
This will be one of your most expensive DIY projects for spy gears, but if there’s an all-important phone call you want to listen to in secret then surely the price isn’t that high to pay! If it makes you feel any better, this DIY phone tapper can also be used with cordless phones.

#1 Remote Controlled Camera
Picture this (no pun intended). You leave your mobile phone at the room of the target. You want to know what he’s up to. So you send an SMS to your phone and a few moments later, you receive surveillance pictures in return. Creating a remote controlled camera using your cellular phone won’t be a piece of cake, but it’s doable, especially if you speak basic electronics.
Top Spy Gaears for Defense
Protect your identity, your secrets, and your property with these one-of-a-kind devices.

#3 Fake Money Test
There are many ways you can manually identify counterfeit money, but most of them take time. This test, however, will give you your answer in seconds.

#2 Hidden Camera Detector
Great spies always have great counterspies to worry about. It’s the way life goes. Do unto others what they do unto you and all that. If you’re spying on them, they’ll say “back atcha”. Know how far they’ve progressed by making your own hidden camera detector.

#1 Talking Booby Trap
Talk your target into getting caught literally red-handed with this one of a kind booby trap!

We spies may be occasionally referred to as geeks, but we’re strong and armed geeks at least!

#3 Net Launching Gun
A good spy never hurts a target, but he doesn’t let the target get away either. If you have a slippery target on your sight and you know you’ll never have the same opportunity to catch hold of your target again, use this as a last resort.

The net launching gun is a simple but effective device. One shot and your target will be trapped like a small, helpless prey.

#2 DIY Boomerang
Use ordinary product packaging materials to create your own boomerang. It makes a great and effective last-minute weapon, but you can also use it to hit a target’s hand and make him lose hold of a particular object. Truth be told, the uses for this handy dandy weapon are limited only by your imagination.

#1 Air-Powered Pen Gun
Yes, pen guns may be purchased but where’s the fun in that? Ingenuity is our middle name, remember? So here’s how you can create your own hidden weapon – there may come a day where it could prove to be the ace that’s literally up your sleeve.

Top Spy Gear that Give You Cool Abilities

You don’t need outrageous wealth, incredible genius IQ, or alien blood to have cool abilities. These spy gadgets are enough to make you extraordinary in everyone’s eyes.

#10 Lens-Less Microscope
Do you have an unexpected need for a microscope, but all you have is your trusty old video camera? Well, great news: that’s exactly what you need to build a microscope that will do Einstein proud.

#9 Styrofoam Speaker
Now, normally spies go to great lengths not to be heard. But what if you need to do the opposite? No worries if that’s the case because you can create your own Styrofoam speaker in a short period of time.

#8 Firestarter
McGyver is yet another fictional hero that all spies should emulate. No matter what situation he finds himself in, he always gets out of it alive through sheer resourcefulness. Starting a fire is an essential survival skill that every person, especially spies like us, has to know. Here are a couple of items you can add to your spy gear pack: all of these can literally guarantee to bring a spark to your life.

#7 Magnet Control
You’re in danger but you can save yourself if you could…just…reach…out…and get a hold of any of your electronic gadgets. In such cases, it’s best to borrow a page from Magneto’s book and take advantage of magnets. These powerful little things allow you to control your spy devices hands free.

#6 Compass
One of the greatest embarrassments a spy can suffer from is to get lost. Avoid humiliation of this nature with your DIY compass.

#4 Invisible Writing
Leave your clues hidden in plain sight. You don’t need high tech gadgets to get your hands on invisible ink. The link above will give you five – yes, you read that right! Five! – different ways to create invisible ink and not one of them will hurt your pockets!

#3 Hear All Evil Stethoscope
Yes. Believe it or not, but a stethoscope can be converted not only to hear one’s heartbeat but also to hear through walls and record it even! Equip yourself with super hearing by clicking on the link below.

#2 Night Vision Headset with Camcorder
This is a must-have for any self-respecting spy. Now, the professionals would have high-tech infrared head gear to see in the dark. You, on the other hand, only need affordable but quite powerful LED lights to have the kind of night vision that would make cats seem blind. The link below will help you get started.

#1 Truth Band
Who needs a polygraph when you have this amazing truth band?

Why don’t you guys just tell us how to make them?

yea but how do you make these things

Can u tell us how to make these?