Get social
Join us!
Account
Sign inRegister
0Cart
Cart is empty
View cart
Home/Self Defense and Security Blog/5 Reasons Why a Steel Baton is the Perfect Self Defense Weapon 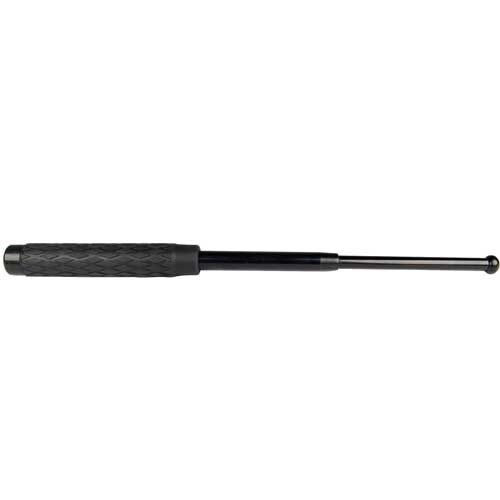 From terrorist attacks to mass shootings, it seems as though every day the news is reporting on hundreds of incidents of violence occurring in the United States.

There may be little that the average American can do to protect themselves from a major attack.

However, arming yourself against minor ones is not only possible but also essential in today's world.

There are plenty of things that you can do to help you stay safe and avoid getting into a dangerous situation. But you could still find yourself in danger while going about your usual day.

That's why so many Americans are choosing to arm themselves with weapons of self defense.

From handguns to stun guns, and everything in between, the choices are endless. But not all weapons are right for carrying for self-defense.

Some are too bulky to be concealed. Others are tough to use or require getting a permit to carry. Still more are difficult for the average person to use without extensive training.

That's what makes a steel baton such a great choice.

Steel batons are collapsible, lightweight, and easy to use. They are a popular choice for those looking for a way to protect themselves from the unexpected -- regardless of where they are.

Wondering what makes steel batons so great? Keep reading to learn about 5 reasons why steel batons are the perfect self defense weapon.

1. They are Compact and Easily Concealed

The last thing that you want to do is call attention to yourself by making it obvious that you're carrying a weapon.

Having the element of surprise can make all the difference if an incident occurs. Losing that surprise can give your attacker the chance to disarm you, or to attack first.

One of the biggest problems with many weapons of self defense is that they are tough to conceal.

Handguns Must be Monitored Constantly

Handguns are infamously difficult to conceal.

Even if you have a small handgun, you have to deal with a holster than can be bulky. There is also an added risk of your gun discharging while concealed, injuring you or others around you.

When your gun isn't on you, you need to worry about properly storing it in a safe or other secure location. Failure to do so can lead to very serious, or even fatal accidents if children or others get a hold of your gun.

In the United States, more than 1,300 children under the age of 17 die from gunshot wounds each year. Another 5,000 are injured.

Many of those are deaths and injuries are the result of accidents. They happen when guns are left out unsecured and children get a hold of them.

Even if handguns are handled and concealed properly, they offer a very permanent form of protection.

If you are forced to use one to protect yourself, you will very likely kill or at least cause lasting damage to the person who assaulted you.

If you have the proper permits and training to carry a handgun and are carrying it legally at the time of the attack, you won't face prosecution.

But you will face lots of questioning and possibly even court time to defend your actions.

Other Weapons of Self Defense are Tough to Conceal

Handguns aren't the only weapons of self defense that are difficult to conceal.

Knives and other sharp weapons can easily harm the person carrying them if they aren't concealed in a potentially bulky sheath.

Steel Batons are Easy to Hide

Unlike handguns, pepper spray, stun guns, or other weapons of self defense, a steel baton is slim and easy to conceal.

With a telescoping version, you get plenty of force, but without adding much bulk.

You also won't have to worry about accidentally injuring yourself while your steel baton is concealed on your person.

2. You Won't Need Hours of Training to Use it

If you want to carry a concealed handgun, you'll need to get a permit. This requires hours of class time training and range qualification.

If you've never fired a gun before, you may need additional hours of practice before you can pass the qualification to get your permit.

Other weapons of self-defense also require training to use. Throwing stars and knives require practice to be accurate with them.

Anyone can use a steel baton to fight back against an attacker. Additional training can help you to be more accurate. It will allow you to quickly immobilize your attacker. This will help to spare you from injuries during an attack.

3. You Can Use it at a Moment's Notice

If you are carrying a weapon for self defense, you are aiming to protect yourself from attacks that occur suddenly.

Are you are carrying a weapon that has to be loaded or reloaded, cleaned, and otherwise maintained in order to be effective?

If so, you could be putting yourself at additional risk. 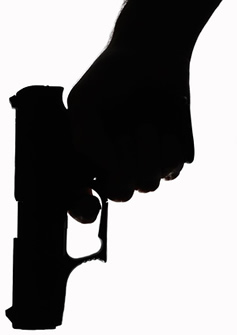 Handguns Must Be Constantly Maintained

To stay savvy with the handgun that you are carrying, you need to visit a range regularly. Each time that your gun is fired, it will also need to be cleaned.

Even if you aren't regularly using your gun, it will still need to be cleaned to keep it running properly.

Cleaning involves dismantling the gun each time, using a special cleaning kit, and putting it back together.

If you're practicing with your gun regularly, you'll also be buying lots of ammo.  Ammo prices have been on the rise for several years.

This makes it even more costly to make a handgun your self-defense weapon of choice.

Stun Guns Must be Charged

While stun guns don't need to be cleaned and maintained the way that handguns do, they still require care.

Stun guns run on batteries that you have to keep charged. Even when you're not using the stun gun, the batteries slowly lose power.

If you don't regularly charge your stun gun, you may be left with a useless weapon when you need it most.

Pepper Spray May Be Less Effective Over Time

While bottles of pepper spray won't need any maintenance, few people realize that they actually have an expiration date. While they may still spray, the potency of the pepper spray will lessen over time.

If you ignore the expiration date for too long, you will be left with a weak spray that won't do much to deter attackers.

A steel baton is the ultimate maintenance-free self-defense weapon.

You'll never have to worry about cleaning it, reloading it, charging it, or checking for an expiration date.

Your steel baton will be as effective ten years after you buy it as it was the day that it got delivered to your home.

If you are arming yourself as a precaution, and don't think that you'll need to use your weapon often, a low-maintenance weapon is the best choice.

There's no need to waste tons of your time learning how to use and care for a complicated weapon. You also don't have to constantly make sure that you are practiced and ready to use it.

There's a reason why police officers carry a baton alongside their handgun.

A steel baton is a highly effective weapon when it comes to protecting yourself in hand-to-hand combat. With a little bit of force, even without training, anyone can do significant damage to an attacker with a baton.

That's because we all already have plenty of practice doing the same motions that you'll use to wield a steel baton.

If you've ever swung a baseball bat, pounded a hammer into a nail, or even just hit someone with a pillow, you already have the motion down.

Even if you are knocked to the ground, or your attacker is much larger than you, you can still inflict damage with a steel baton. This makes it a great choice for anyone looking for added security.

5. It Goes Places That a Gun or Knives Can't

Not only are steel batons great for concealing on your person. They are also able to go many places that other self-defense weapons cannot.

Restrictions With a Concealed Carry Handgun

Many of the places where a concealed carry handgun would be the most useful actually are actually places where they are not permitted. 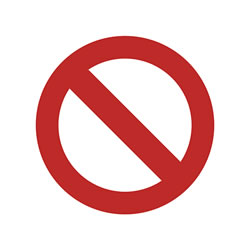 There are many laws in place restricting where you can bring a handgun, even if you have the proper permit to be carrying one.

With debates on whether guns should be carried by ordinary citizens becoming increasingly common, it's likely that those laws will become even more strict. They will likely prohibit carrying guns in even more locations in the near future.

It may make sense to not allow guns in a place where alcohol is consumed.

However, other locations, like schools, government buildings, and airports, where terrorist attacks or mass shootings are more likely, can be scary places to be without a weapon of self defense.

Like handguns, knives are often prohibited in public locations as well.

If you are allowed to carry a knife in a location, there may still be rules against carrying one that would be large enough to offer you any protection during an attack.

There are relatively few restrictions on having steel batons in public places.

The only locations where you may be unable to take a steel baton are private events, such as concerts, or in government buildings like city halls or courthouses.

Given that they have received less attention than knives or handguns, many venues may overlook explicitly banning them. This makes them an ideal choice to carry where other weapons can't go.

Make a Steel Baton Your Go-to Self Defense Weapon Today

While these five are big ones, there are so many more reasons why a steel baton is a perfect choice for a self-defense weapon.

They are easy to carry and care for.

Anyone can learn to use one and use it effectively. Even without proper training, anyone can inflict damage on an attacker with a baton. They can also go places that many other weapons can't.

But steel batons are also inexpensive compared to other weapons. This makes it possible to buy several of them for the price of other weapons. You could then leave one in your car and in your home so that you'll always be prepared for the unexpected.

They're extremely durable, which makes them a great long-term investment in your protection, compared to many other types of weapons for self-defense.

While a stun gun that is made to look like a cell phone or flashlight, or a tiny handgun can be easy to conceal on your person, neither looks particularly threatening to a potential attacker.

But a steel baton looks-and is-very intimidating. Simply pulling one out and threatening an attacker with it could be enough to prevent an altercation.

Finding the Right Self Defense Weapon for You

Every person who is looking for a self defense weapon has their own unique needs and requirements.

Finding the perfect match for you is essential if you want to be properly protected.

If you're looking for a weapon that easy to use and care for, requires no training, and can go virtually anywhere, then a steel baton might be a perfect choice.

But if you're looking for something that you won't have to put force into to swing at someone or something that is easily disguised as well as concealed, then a different product might be a better choice.

If you're ready to find the perfect self defense weapon for you, check out our wide selection of weapon options.

Still have questions? Go to the collapsible baton page to learn more about our products.