Slingshot Bullets
In stock
5.00
5.00 out of 5 stars
( reviews) Write a review
Coming soon
Out of stock - see our other models
+ −
Add to cart
Description Reviews 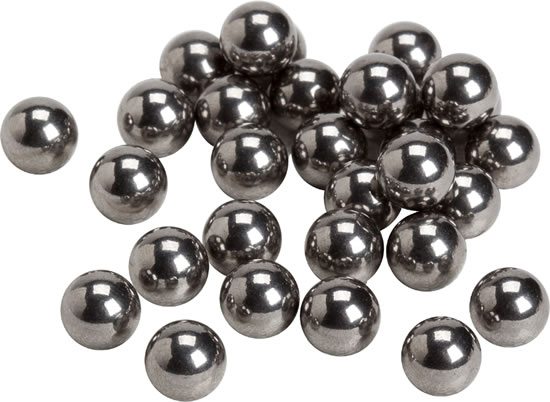 Prolong the life of your slingshot band with this specially selected steel ammunition. Not too small and not too large, this ammunition is designed to provide a good balance. Larger ammunition is unwieldy and can be unsafe, while "bullets" smaller than 1/4" can tear up your bands.

For most objects, including slingshot bullets, it is a combination of innate properties that cause the laws of aerodynamics to eventually take over.  These properties include size, mass, and shape.  The challenge in the past was to create ammo that was more efficient, capable of traveling through the air, and maintaining its height and direction longer.

With research and highly improved manufacturing practices, better designs have emerged, resulting in highly efficient products that are more reliable and precise.  After all, ammunition that stays true to its target makes you a better shooter.  Fortunately, we can now rely on this aerodynamic metal slingshot ammo to do half the job for us.

Average Star Rating:
5.00 (1 review Total)
Have you used the product?
Tell us something about it and help others make the right decision
Write a review
Show reviews with:
Show all reviews