Here's a replacement rubber band for the slingshot. The rubber on the bands wears out over time, especially through heavy use. This is normal and you will need to replace your high powered band from time to time. 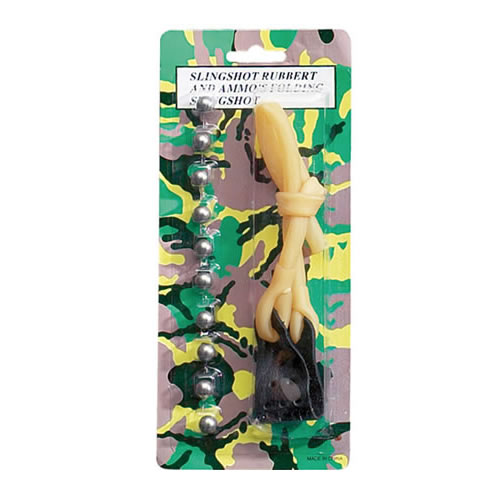 It's always good to have a spare band around. If it breaks on you, you'll be back in business in no time. If you're using your weapon for hunting, keeping an extra band on hand is just the same as having enough ammo. If you don't have a replacement band, you won't be able to shoot!

You can also get more aerodynamically correct ammo or you can go to a hardware store and ask for ball bearings in the 3/8 or 1/4 inch size. Your preference on the size but 3/8" works very well in target practice and in actual hunting.

How do you change the rubber on a slingshot?

To replace, all you need to do is take the old one off. You can remove it by rolling the ends over and off of the yoke. If it is stuck on there, you may need to cut it off.

Then, moisten the yokes with spit or an equal mixture of water and alcohol to make them easier to push the replacement onto them. Push the new rubber over the yoke until it reaches the bend in the tubing. Do the same for the other side. Make sure the pouch is centered. Let it sit there for about a half-hour while it dries up.

After about 30 minutes, you're ready to start shooting again.

Order one or more of these slingshot band sets today and we'll send it to you right away.