More than just alerting you with an alarm that a door has just been opened, a physical device such as the wedge or a security bar will actually prevent the opening in the first place.

While an alarm is great in many circumstances, sometimes you want the safe feeling you get knowing that no one can get inside. 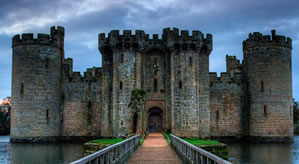 At home, you take your security for granted. Your home is your castle, right? You take care to make sure all the windows and doors are locked before you go to bed for the night.

You sleep peacefully knowing you are secure in your own personal sanctuary.

That is until you are burglarized or even become a victim of a home invasion.

How to Stop a Door From Being Opened

One of our prevention devices is the door stop alarm. This device is wedge-shaped and is placed at the foot of the door on the inside. The device has two primary purposes.

The wedge-shaped stopper wedges between the bottom of the door and the floor where it is placed and physically blocks the entryway from being opened.

The 120db alarm will wake you and any other occupants and let you know someone is trying or tried to enter. The deterrent effect of the alarm going off will likely scare off the intruder if he doesn't want to get caught.

Prevent your door from being opened. These devices add to the security of your home, office, motel, or anywhere else you want to block an opening.

Another prevention device you have available to you is the door brace. This 20 gauge steel device fits under the knob and reaches to the floor at an angle. (see image below)

The solid construction of this device, along with its design, stops a door from being opened from the outside. Not until you remove the brace will it be possible to enter.

Works great on sliding glass openings as well. Remove the end caps and place it in the way of the track of your sliding door and it will not be able to be opened. 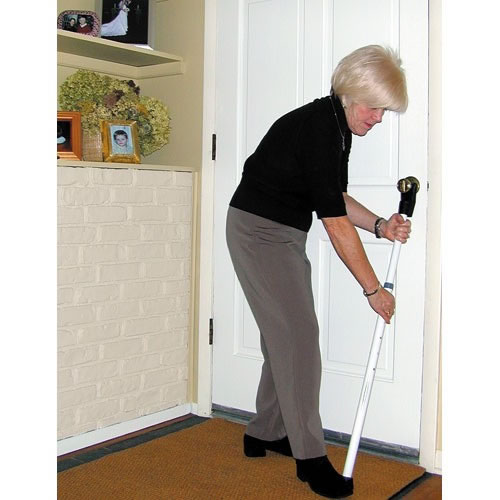 Either of these is perfect for traveling although the wedge is smaller and easier to take with you since it takes up less space.

If staying at a motel for the night, you can rest better knowing that not even the staff can get inside when you don't want them to.

How to Keep a Door from Opening

Sometimes an alarm isn’t good enough. You want to physically prevent a door from opening. Even with the door locked, it is fairly easy to gain access through a door that isn’t deadbolted.

This is where physical door stoppers come in. A steel brace up against your door will not allow anyone to open the door even if it’s unlocked.

This is because it is a physical obstruction and not just a locking mechanism that can be picked or otherwise bypassed.

It is placed on the inside of the door and butted up under the knob with the inside end angled down to the floor.

When pressure is applied to the door in an attempt to open it, the door brace digs in, doesn’t move, and effectively stops the door from swinging open.

This is good for home security, apartments, and even motels while you’re traveling. Ever had someone try to get into your motel room?

Another good door opening prevention device is the door blocker. The door alarm is wedge-shaped and fits underneath the opening at the bottom of the door.

When the door is attempted to be opened, the wedge stops that from happening and also sounds off an alarm.

The alarm lets you know someone is trying to get in. If it’s a burglar, hopefully, they will immediately leave since they know they are caught. But if not, they still won’t be able to get in.

The door stop wedge alarm may be a better choice for traveling since it is smaller and more lightweight than the steel brace.