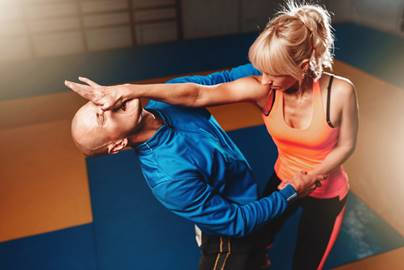 Despite the fact that women seem to be more self-defense savvy than ever, the violence against them continues to be a huge societal problem. According to the Bureau of Justice Statistics, the prevalence of violent crimes against women is rising, with about 1.11 percent of women reporting one or more violent acts in the past six months. That means that about 1.5 million women surveyed experienced some violent act in the months prior to being surveyed.

Though it doesn’t necessarily make you more vulnerable to an attack than your friends with roommates, living alone can certainly feel more dangerous. The best way to ease your mind and keep yourself safe from a potential attacker is to be prepared for a potentially dangerous situation but not to dwell on it. Here are a few tips for how to do this: 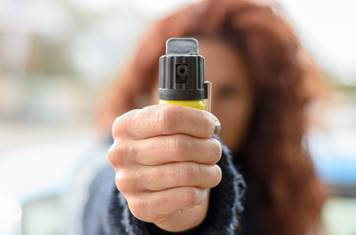 Pepper Spray – Especially ideal for those women who like to take long walks or run errands after the sun goes down, pepper spray is the perfect portable companion for keeping threats at bay. The great thing about this self-defense weapon is that it takes very little training and almost anyone can use it. Plus, you can keep your mace or pepper spray on your keychain, purse, or pocket for easy deployment.
A Stun Gun – Stun guns are small handheld devices that deliver several million volts of electrical shock to your target. Unlike TASER devices, stun guns must come into direct contact with the target in order to work, but they’re much easier to use. There are affordable stun guns available for any budget and any user, with everything from mini styles you can wear as a ring all the way up to uber-threatening stun gun batons that would scare off any offender with a single look.
A Keychain Weapon – Another great on-the-go perp deterrent, the keychain weapon is equipped with sharp components that can bring a potentially devastating defense when delivered with a self-defense punch. Taking a self-defense course will help you learn how to use these keychains to their greatest potential, but almost anyone can figure out how to use them as a protective tool in a split second. 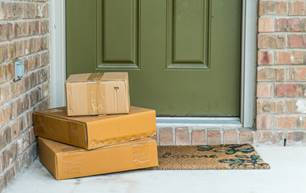 Stay in Touch with Friends

These days, living alone doesn’t have to mean being isolated. In fact, with the internet and social media, it feels like more of a challenge to isolate ourselves than it does to stay in constant communication with our friends and family. Make sure those close to you are aware of your general schedule so they’ll be on high alert if something goes wrong. As with anything in life, preparation is key to a successful outcome, including safety while living alone.

Loved the article, keep them coming! Be Safe!