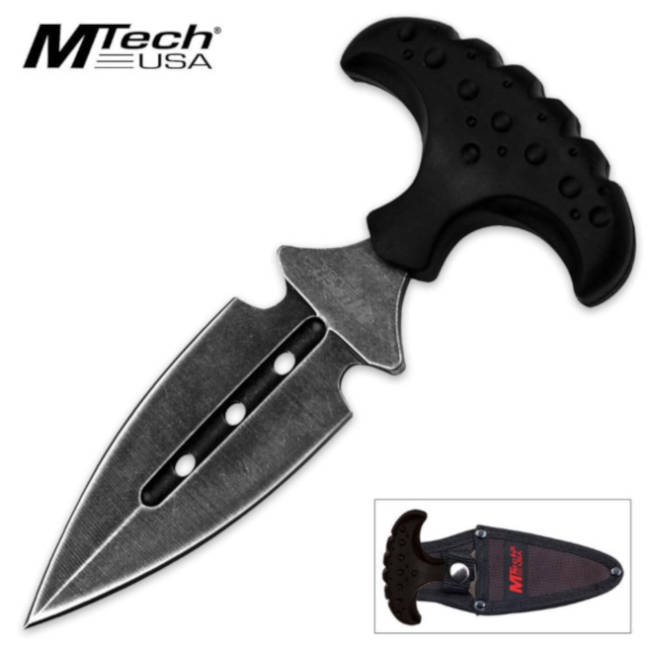 Push daggers are also known as T-handle knives, fist knives, and push knives. The point of the push dagger is its T-shaped handle, which allows for a tight grip and easy maneuverability. It has an edge on each side of the blades.